A 65-year-old man that people used to call Ko Aseng who was known as a basketball coach has been found lifeless inside his boarding house located in Jalan Ngurah Rai, Semarapura Klungkung.

The Head of the Klungkung Police Department, AKP I Putu Gede Ardana confirmed that Aseng who had been living by himself in his boarding house was found dead on Thursday (29/4) after allegedly having a serious illness. “Aseng was found dead by one of his neighbors named Made Ardana on Thursday morning around 8:20am.” AKP Ardana said.

AKP Gede Ardana explained that Aseng’s neighbor, Made Ardana began to feel suspicious when Aseng didn’t leave his room that morning like he normally does. “Ardana became worried, and he decided to check out Aseng’s condition from the window. He was surprised when he saw Aseng was laying with half of his body on the floor.” AKP Ardana added.

Shortly after, Made Ardana reported the incident to the police department. “According to information from his relatives, Aseng had been suffering from serious health issues such as diabetes and an abdominal disease. And I think it makes sense as we also found lots of medicines inside his room.” AKP Gede Ardana concluded. The body was transferred to Klungkung Public Hospital to wait for his family to pick him up. 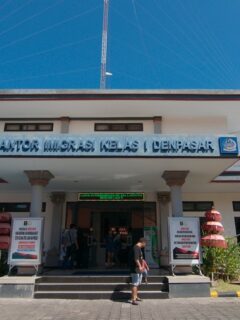 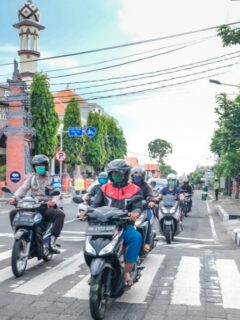 Next
A Senior Citizen Has Died In A Motorcycle Accident
Click here to cancel reply.

Was for sure very tall, at least far over two meters in high. RIP