Expats Who Tricked Security Guard With Face Paint Will Be Deported

The two foreign nationals who posted a video of them pranking a security guard of a grocery store in Bali will be deported by authorities.

As The Bali Sun previously reported two expats who were identified as Josh Paler Lin from America and his friend, Lisha from Russia received backlash from both Bali people and authorities over a video that they posted of pranking the security guard of a popular supermarket in Canggu by painting Lisha’s face to look like she was wearing a facemask to enter the grocery store.

Many people condemned their act as they intentionally violated prevention protocols amid the Covid-19 pandemic while Bali people have been working tirelessly to overcome these tough times. The Head of the Bali Law and Human Rights Ministry, Jamaruli Manihuruk confirmed that the two expats will soon be deported from Indonesia. “According to authorities from the Public Civil Service Office, their act was considered as a violation to the Governor’s instruction Number 10 Year 2021. So we started the deportation process based on that statement.” Jamaruli said on Friday (30/4).

Meanwhile Josh and Lisha are now being detained while waiting for their deportation process to finish. “They are now being detained inside a detention room while waiting for their airline ticket and the deporting process to finish.” Jamaruli concluded. However the management of the supermarket were very disappointed with this situation, as they have committed to operate under the health and safety protocols to support the government’s effort in reducing Covid-19 cases in Bali. 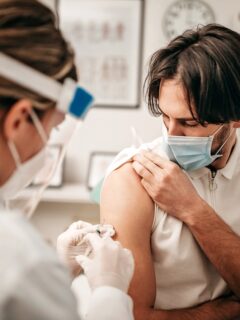 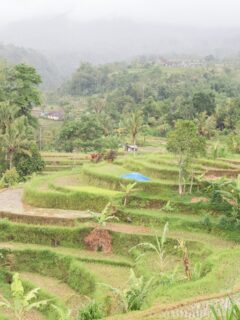 Lin is Taiwanese, not American.

What about the 3rd party complicit in the stunt - the photographer?

A wild prank that got them deported. Life Lessons learned the hard way. The cost of a real medical mask will not break the bank. So Mask up.

Instead of being deported they could do some local community service for a couple of months. It's not like they were both a national security risk.

why does it not suprise me to see another Russian breaking the rules !!!!get rid of them all !!!😡😡😡😡😡

Best news of the day!!! Now let's kick the rest of the Bule that do not wear masks and a disrespectful to the Indonesians out of the country!!