Bali Vice Governor Cok Ace has confirmed that the island’s borders will reopen to international visitors by July of this year. With new variants of Covid-19 detected in Bali, speculations of extended border closures began circulating. However, Cok Ace has just stated that reopening plans remain intact.

As The Bali Sun previously reported, the new variant from England and South Africa was in fact transmitted into Bali. That being said, Cok Ace confirmed that despite the presence of these new variants, the plan to reopen the international travel corridor is still on track.

“The central government has confirmed that the plan to reopen our border is not affected by the transmission of those new variants.” Cok Ace said on Monday (10/5).

He also explained that the central government, through Health Minister, Budi Gunadi Sadikin, has stated that they’re still focusing on their target of reopening the Covid-19 Free Corridor by July.

“We’re also currently preparing everything that is related to run the program such as receiving tourist visa holders into the island with insurance,” Cok Ace added.

Meanwhile, the vice governor also predicted that the influx of international visitors this year would not be as large as people expect.

“We previously expected India and Singapore to start allowing their citizens to travel to Bali when the border reopens, unfortunately, the current situation in those countries makes it impossible to do so. For now, we’re really expecting Chinese tourists to contribute to our economy at this time” Cok Ace concluded. 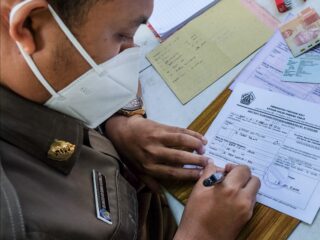 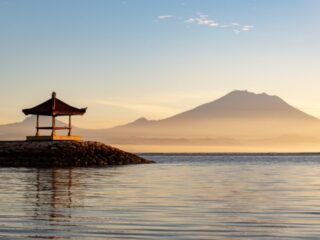 Next
Man Rescued At Sanur Beach In Bali
Click here to cancel reply.

Will this re-opening include people from the US that have been vaccinated?

Why don't you open for all vaccinated people? The tourism is so important for Bali. In Germany 35% received the first vaccination....

Better be safe than sorry with the limited resources and fragile infrastructures in place. Don't let your guards down...there is a way to attract domestic tourism within its borders.

Those who are struggling should find other creative ways to make ends meet in the legal sense and with local government initiatives. Job creation and training in different fields other than in the hospitality industry.

What is meant by the statement "by July", is it July1st or end July?