Canadian national, Christopher Kyle Martin, who previously gained publicity after advertising a so-called ‘Tantric Retreat’ event in Bali, has been deported and blacklisted from reentering the island.

As The Bali Sun previously reported, the expat planned the event to take place at the Karma House of Tattoos in Ubud until he was arrested by Bali authorities.

The Head of Bali Law and Human Rights Ministry, Jamaruli Manihuruk said that their investigation began when they received a report regarding the Tantric Retreat that was posted on a website.

“After receiving a report about this activity, we began our investigation by trying to find Christopher to collect more information. We tried to find him in the Ubud area, but unfortunately, he already ran away and moved to the south where officers finally found him at Uluwatu Village House in Pecatu.” Jamaruli said.

During the interrogation, Christopher explained that his Tantric Retreat was only a manifestation of yoga and not related to sexual activity However, Bali authorities, including the Governor, I Wayan Koster did not tolerate the situation as this type of activity does not align with the values of Balinese culture.

Christopher has violated Article 75 point A of Immigration Constitution Number 6/2016, so the immigration officer decided to continue the deportation process for him.

“Christoper was deported on Sunday afternoon (9/5) at around 3:20 pm through Soekarno-Hatta International Airport in Jakarta with Qatar Airways, and he has also blacklisted to gain entry into Indonesia for some time,” Jamaruli concluded. 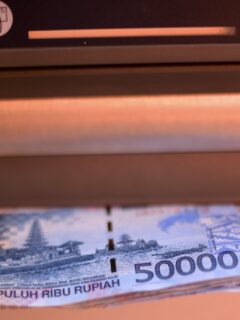 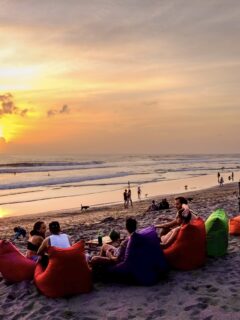 Wondering who is paying for these deportations in the past months?? The Indonesian government or the respective government of the deportees? Hmmm

Unfortunately there are a great many perverts who feel encouraged by their Prime Minister Justin Trudeau, himself a sick and twisted deviant.

@J West, Just curious, why do you believe that to be true about PM Trudeau?

Om Swastiatu One down 1000 more to go. Get rid of them all. Expat drug problem on Bali is out of control.

Was he deported to India to learn more about Kamasutra.