Mentally Ill Man Detained After Raging In His Neighbourhood

A 41-year-old man with initial IMB (Made) has been detained from his house in Jalan Tukad Petanu, Denpasar by authorities after going mentally out of control.

Authorities from several different institutions such as Denpasar Public Civil Services, Regional Disaster Management Agency (BPBD) and a Medical team from Denbar II Clinic came to the location on Tuesday (27/4) to pick up IMB after receiving reports regarding the disturbances he caused around his neighbourhood.

“According to the report that we received, IMB was raging and started throwing rocks at his neighbors’ houses, so we came to pick him up and brought him to the Bali Mental Hospital to get the proper treatment and care that he needs.” said the Secretary of Denpasar BPBD, Ardy Ganggas. Meanwhile at the separate location, the Head of Public Civil Service Officer, Dewa Gede Anom Sayoga confirmed the incident.

“Apart from the report about the trouble that he caused in his neighbourhood, his own family has also asked us to detain him as he has been frequently getting mad at his family and roaming around the village to cause more problems at night.” Sayoga said. IMB was getting mad at the officers when he was detained inside the Public Civil Service office before finally getting transported to the Bali Mental Hospital after getting a negative covid rapid antigen test. 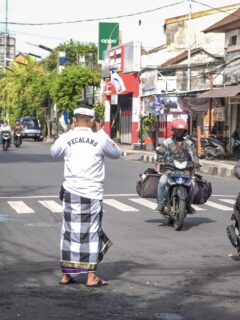 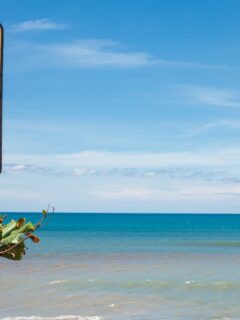