An authority from the Bali Disaster Management Agency (BPBD) has asked the government to add more tsunami warning sirens in several different regions of the island.

The Secretary of Bali BPBD, Gede Teja confirmed that he urged the government to provide more tsunami early warning devices in some areas which have the potential to get struck by tsunami. “From the 153 villages in Bali that could be potentially affected by a tsunami, only 9 of them have the tsunami warning sirens.” Gede Teja said during the earthquake and tsunami simulation that was conducted on Monday (26/4).

He explained that almost every region in Bali is at risk of being affected by a tsunami with exception of the Bangli District as it doesn’t have any borders on the coast line. “I asked the government to provide more sirens in the areas with a dense population, so authorities can evacuate easier.” Gede Teja added. He also said that the simulation was conducted to train and test his operators to handle emergency situations like an earthquake or a tsunamis with proper procedures.

He also admitted that Bali is one of the areas in Indonesia that is prone to earthquakes and tsunamis. “We have to conduct simulations with the worst scenarios that could possibly happen to increase our operators awareness and skill set to reduce the number of casualties if any disaster occurs.” Teja concluded. Meanwhile the Chief Operation of Bali BPBD, I Made Rentin said that a new generation of Warning Receiver System (WRS) is scheduled to be tested in all BPBD across Bali in near future. 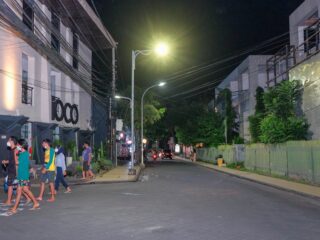 Previous
Mentally Ill Man Detained After Raging In His Neighbourhood 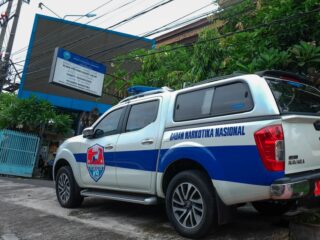 What happened all the ones that were installed??? Kindly make sure that the new ones will be well maintained and not stolen fir scrap as well.