Harsh Sentencing For Drug Smuggling Bali Expat Has Been Retracted

Bali officials have revoked the death penalty sentencing for an expat who has been proven guilty for smuggling narcotics into Bali.

A 31-year-old man named Emmanuel O Ihejirika from Sierra Leone, West Africa felt relief after knowing that an objection that was requested by his lawyer was finally granted by the Judge of the Indonesian Supreme Court, resulting in him being exempted from the death penalty that had been preciously sentenced in 2005, after he was arrested during his attempt to smuggle narcotics onto the island.

“The Supreme Court has changed the suspect’s death sentence to 20 years imprisonment, so he is scheduled to finish his jail time by 2024.” The suspect’s lawyer, Robert Khuwana said on Monday (13/9). Prior to his imprisonment, the suspect was arrested by Bali authorities for attempting to smuggle 461 grams of heroin into Bali through the Bali Ngurah Rai International Airport in 2004.

After being charged with 20 years of imprisonment in 2005, the Judges decided to change the punishment into a death sentence in accordance with the Supreme Court Decision on March 25th 2005. Surprisingly, after serving over 17 years imprisonment in the Nusakambangan Prison that is located in Central Java, the Judges of the Supreme Court once again changed their decision and charged the suspect with 20 years of imprisonment and a USD 70,422 (IDR 1 billion) fine. “We heard about this change in 2019, but we just finally received the official letter in regards to this decision a few days ago.” Khuwana concluded. 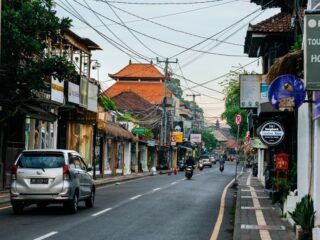 Death penalty is against human rights and should be abolish. - Such strangers should be deported out of Indonesia.

@Wayan Bo, A heroin addiction is murder, a death sentence to so many children, so why isn’t anyone crying about the “ human rights” of the victims?

This sets a bad precedent. An African heroin pusher should have been put up against a wall and shot immediately for the misery he brought.

@J West, Let's rewind a bit...it didn't go well with regards to the two executed Aussies drug smugglers of the Bali nine that became sensational news in Australia. Indonesia was disparaged for several months on after their execution in Bali. The irony is that around 1 in 20 Australians has an addiction or substance abuse problem. The long-term results are damaging to the brain and other organs. Prolonged substance abuse can become a major cause of mental illness.

Now fast forward, do you think the world would even care that an African national was put on death row for drug smuggling in Bali? That's the sad part.

Nevertheless a death sentence is not the answer to the drug smuggling problems be it here or elsewhere. Missed opportunities that could have been prevented from happening that have affected the young and vulnerable population at large.