An 11-year-old elementary student with initials DS has been detained for stealing a motorbike from a farmer in Bali.

The Head of the Susut Police Department, AKP Dewa Ngurah Satria Yoga confirmed that the suspect who stole a motorbike from a farmer named Ni Ketut Ginari was arrested by police. This 6th grade elementary student was detained as he was proven guilty for stealing a motorbike that was parked on a side road in Demulih Village, Susut Bangli before the police finally released him back to his family due to his young age.

Prior to the incident, Ketut Ginari, who went to his farm, decided to leave his vehicle along with its keys on the said road before harvesting her chilli. “The owner parked his motorbike, and left the key on it while he was harvesting.” AKP Yoga said on Tuesday (14/9). Once he finished picking his chilli, he was surprised when realizing that his motorbike was gone. Shortly after, the victim filed a report to the police regarding the incident on the same day.

AKP Yoga also said that prior to the report, Ginari had seen a video that was recorded by his grandchild that somebody was riding their motorbike on the street. During the investigation, all the information led the police to the suspect, so the officer could immediately detain him. During the interrogation, DS admitted that he hid the motorbike from his family in a rice field. “He was scared that his parents might know about the stolen motorbike, so he hid that vehicle and used it for himself.” AKP Yoga said.

In accordance with Article 21 Number (1) Constitution Number 11 Year 2012 about the Juvenile Justice System, the officer must release him back to his parents after educating the suspect about the risk of doing criminal activity. 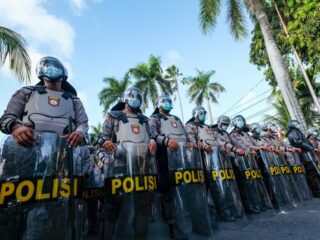 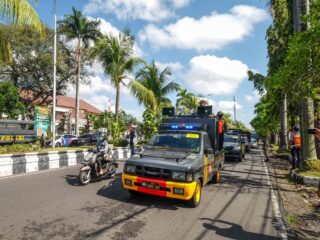 Will he be stealing airplanes when he grow up.