A man has attempted to flee police by pretending to have a mental disorder when he was caught breaking into an ATM machine in Canggu.

The Director of the Bali Criminal Investigation Bureau, Kombes Pol Ary Satriyan confirmed that a 22-year-old man with initials FDB has been arrested by officers from the North Kuta Police Department for breaking into an ATM machine that is located on Jalan Raya Canggu, Tibubeneng North Kuta. The suspect managed to run away when he was spotted by one of the workers of the BPD Bank during his attempt to break into the ATM machine on Tuesday early morning (31/8) around 5:00am.

Prior to the arrest, the suspect attempted to steal a large amount of cash from the ATM machine at the BPD Bank in Cangfu. Fortunately, his attempt failed as he was spotted by a witness who works at the bank. “When he attempted to break into the ATM, one of the bank’s staff spotted him, but then the suspect pretended that he had a mental disorder and then fled the scene.” Kombes Pol Ary said on Friday (10/9).

During the interrogation, the suspect admitted that apart from this case, he was also involved with theft in two other locations such as a school in Denpasar and a villa in Ubud to provide his daily needs. “The suspect has been detained along with evidence such as a computer, a printer, an iron rod and a motorbike for further investigation.” Kombes Pol Ary concluded. 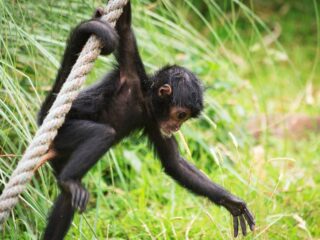