The Bali provincial government has planned to implement an even and odd number policy for Bali’s traffic system.

The Head of the Bali Police Department, Irjen Putu Jaya Danu Putra confirmed that the new traffic regulation will potentially start to be implemented by the 25th of September 2021. “We’re still waiting for the Bali Governor’s decree about the implementation of this new traffic policy as it wasn’t initiated by the police, but the Governor could possibly begin to implement it by the 25th of September 2021.” Irjen Danu Putra said on Kuta Beach on Monday (20/9).

The policy that has already begun in Jakarta was expected to help the government control road traffic in certain areas of the island such as Sanur, Denpasar and Kuta by putting restrictions on traffic. The allowance will depend on the date, if the date is an odd number, then vehicles with registration numbers ending with an odd number will have access to that road.

Irjen Putra also explained that the policy will be active during certain hours of the day. “This policy is planned to be active during certain days such as weekends, national holidays and any other day notified by authorities. The policy starts from 6:30 to 9:30 in the morning and again from 3:00 to 6:00 in the afternoon.” Irjen Danu Putra added. This policy was initiated as a prevention step to avoid creating crowds as the influx of domestic visitors begins to increase. Meanwhile the government also assures that this policy will be implemented for private vehicles. 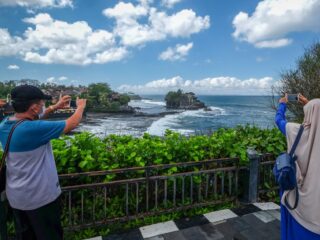 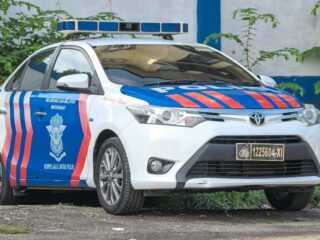 HAPPY TO HEAR BALI OPEN FOR TOURIST. REGULATION AND SAFETY IS IMPORTANT FOR FUTURE ONGOING TOURIST.

This another joke concirning the influx of tourist, will they know what number vehicle they should call to drive them, plus you have 80% of the population that will not understand this option and police watching there watches to see when the time changes differ. There will not be an influx as you state for another 6 months at least.

Never have seen foreigner car or motorcycle registration plates in Bali, it seems that nobody is coming from foreigner country’s to Bali with vehicles. - At least theoretical it would be possible to come to Bali by vehicles from all parts of the world.

A solution like this is necessary to avoid traffic congestion in and around Den Pasar. but also other places like Singaradja and Negara. In view of the increasing flow of vehicles such as cars and freight traffic, but not to mention the enormous increase in scooters, a solution must be found for this problem. A stricter control of motorized traffic is therefore necessary, especially the young Indonesian / Balinese do not take the traffic rules very closely, often resulting in serious traffic accidents.