Expat Responsible For ‘Tantric Retreat’ In Bali Released After Investigation

Australian national, Andrew Irvine Barnes (51) was released after his recent arrest for advertising a “Tantric Orgasm Retreat” on social media. As The Bali Sun previously reported, Barnes was detained by Bali Immigration and Police for his Tantric Orgasm Retreat that he promoted on social media with tickets being sold at USD $500 (IDR 7.1 million).

The retreat was officially cancelled and the page was removed from Facebook shortly after it garnered negative attention online.

Barnes was being reported on by a local businesswoman, Ni Luh Djelantik, who filed a report to police regarding the retreat.

Authorities arrived at Barnes’ residence in Lod Tunduh, Ubud, to take him to Ubud Police Department for investigation on Friday afternoon (5/3).

The Head of Gianyar Police Department, AKBP Dewa Made Adnyana said that after investigating the case for several hours with the detainee, officers did not find any violations of the Indonesian constitution.

“Andrew admitted that he planned to hold the orgasm class at Amatara Hotel in Ubud, but he had canceled it despite receiving five bookings,” said AKBP Adnyana on Saturday (6/3).

He was detained along with his partner, Tara Lie from Canada, who helped to organize the retreat.

Meanwhile, immigration officers also did not find a violation of immigration laws as they both carry temporary limited residence (ITAS) permits for investors in Bali.

Officers educated them by explaining that such activity is against the norm of Indonesian culture.

“As a law enforcement agency, we have a quick response time and we’ll assure that such activity does not take place,” said the Head of Indonesian Criminal Investigation Bureau, Komjen Agus Andriantio during the press conference on Saturday (6/3). 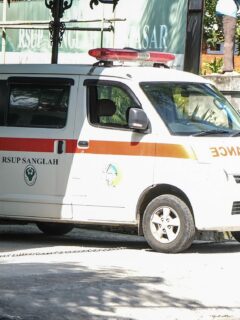 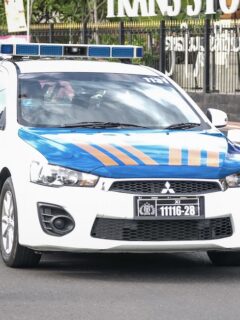 These two foreign individuals got a slap on the wrist. Is this another issue of priviledge? Well their luck is in order without a hitch...their immigration papers pointed to no faults.

When people interact in cross cultural situations, a lack of awareness can lead to bad or poor decision makings. Cultural awareness helps to lower the chances of making bad decisions and raise the bar with making more insightful, respectful decisions.

What it is considered to be 'normal' behaviour in one country or region can be entirely different in another. The rules that matter are practical ones that respect local sensitivities (be it in majority Hindu Bali, Muslim majority Java or Christian majority Northern Sulawesi).

He should ask for appropriate reparation for his prison time.