The officers visited his place in Lod Tunduh, Ubud Gianyar on Friday afternoon (5/3) after receiving report from a business woman named Ni Luh Djelantik about the class that went viral on social media. The class was scheduled to run from March 6 to March 9. The Head of Bali Law and Human Rights Ministry, Jamaruli Manihuruk said that Andrew was offering the retreat at a cost of USD $500 (IDR 7,1 million).

“We have detain him and his passport for further investigation this afternoon at around 6:46pm” said Jamaruli on Friday evening (5/3). After investigating his documents, the Immigration officer later found out that Andrew is actually holding a temporary limited residence (ITAS) permit for investors in Bali. “Immigration officers will continue their investigation regarding his business activities, while the police department keeps him and his partner detained in Ubud. The Police Department will be investigating if a crime has been committed” Jamaruli added.

The Head of Ubud Police Department, AKBP Dewa Made Adnyana expained that his team is trying to collect information regarding this case. “We will investigate if there’s any potential sexual abuse in that activity, so we will continue this investigation” AKBP Adnyana said. He also said that police will investigate any activity that is against the norm of the Indonesian culture.

The retreat was officially cancelled and the page was removed from Facebook shortly after it garnered the negative attention. 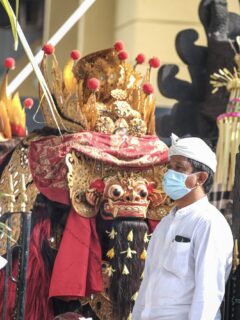 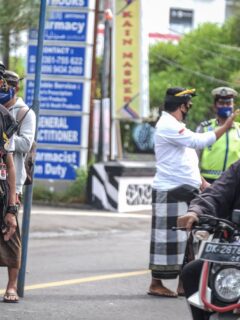 Tantric full body Orgasm Retreat? It is ill advised in Bali or anywhere else in Southeast Asia for that matter. What can be considered to be 'normal' behaviour in one country can be entirely different in another. A lack of cultural awareness can lead to bad or poor decisions.

Is this dude trying to do an off shoot of the Kinsey Institute...

What's wrong about it? If anything wrong about it, than can't expect many of international tourists to come to Bali again. Same as tourists puting into jail because they are trying magic mashrooms or smoking ganja, because in many another touristic destinations such acctivitys are allowed or at least staying without any consequence for tourists because it's tolerated.

@Wayan Bo, Being a dumping ground for every lunatic scumbag and pervert is not exactly “ tourism” is it? The time has passed to relieve Bali of that reputation.