Officials from Badung regional government have planned to implement the GeNose C-19 breathalyzer test in several tourist attractions in Badung District in the near future.

The regional government has approved GeNose C-19 testing in Badung as a prevention method to avoid a surge in Covid-19 cases once the international travel corridor reopens in July.

The Head of Badung Tourism Agency, Cokorda Raka Darmawan said that this policy was made in response to the instructions given to the Regent of Badung District, I Nyoman Giri Prasta.

Darmawan explained that at the beginning of this program, he would implement the GeNose test in six different tourist attractions across Badung.

He mentioned that he was uncertain regarding the amount of GeNose test kits that will be provided to all the tourist sites as it would be fully sponsored by the Regional Development Bank (BPD).

“According to the information from Badung Regional Secretary, the test kits would be fully sponsored by the CSR from BPD Bank, and they’ll inform us once it’s all ready,” Darmawan concluded.

He also urged other tourist attractions to implement GeNose C-19 tests in to provide early detection of Covid-19 at lower costs.

Meanwhile, Darmawan is yet to have further discussions with officials to decide whether they would raise ticket prices for those tourist sites once GeNose C-19 is implemented.

He added that officials are still preparing the procedure in handling the visitors who are confirmed positive after getting tested in those tourist areas. 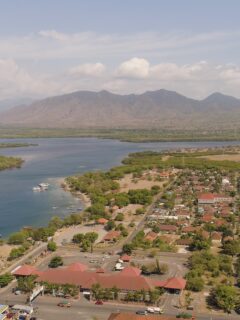 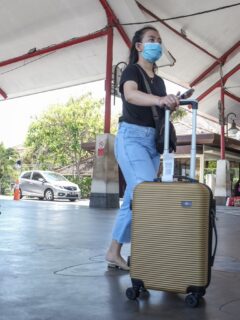