Bali Residents Bothered By Sewage Smell Due To Construction

The residents of the Sebatu Village, Tegalalang have been annoyed by the smell from the waste that they have been throwing into the sewer.

People in Sebatu Village complained about the stench from their sewer. Since the construction of the drainage project started that is being conducted near their area to fix a blockage in their sewage system, residents have noticed the stench has gotten much worse. Previously, the officials had sprayed eco-enzyme liquid to their sewer in order to reduce the smell from the accumulated waste from the people’s households.

Official from Sebatu Village, Wayan Tangsi Asrama confirmed that he has previously tried to reduce the stench by spraying eco-enzyme liquid but he received another complaint from the villagers on Wednesday (9/6) regarding the same issue. Asrama admitted that this problem was caused by the people who have been constantly throwing their households’ waste to the sewer for years, causing them to accumulate and producing stench.

“Usually, most of this waste would get washed away to the river, but during the ongoing drainage construction these days, the sewer has been blocked and stopped the flow.” Asrama said. Meanwhile the Head of Tegalalang Sub-District, I Komang Alit Adnyana said that he would try to remind people to stop throwing their waste into the sewer to prevent the situation from getting worse in the future. “From this situation, people need to learn that they need to start living a cleaner lifestyle by managing their waste properly.” Adnana concluded. 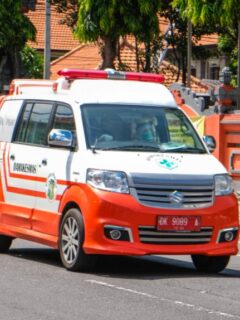 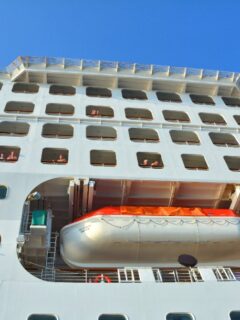 Next
Over 2,000 Cruise Ship Workers Go Back To Work Overseas
Click here to cancel reply.

Just start charging them with appropriate penalty’s and they will stop doing it immediately.

Bali’s ‘sewage flowing to the river’ problem is decades long. Piping raw sewage into the sea exacerbates the problem. It’s time for the billionaire tourist industry moguls to be taxed at 100% until they’re forced to build a waste treatment facility for the island. And.. Bali’s plastic problem didn’t create itself. It’s not a product of tourism. It’s Bali people throwing their personal garbage into the rivers and streams....disgusting.