Authorities from Bali Police and Ngurah Rai Immigration Office Class I searched Canggu, North Kuta to locate the Russian fugitive and his accomplice that fled from confinement at the Immigration Office last week. The Russian national, Andrew Ayer, managed to escape while being detained by immigration officers. He was held after his passport sounded a red alert, notifying officers that he was a fugitive running from Russian Interpol.

His accomplice, Ekaterina Trubkina is also wanted after assisting in his escape.

Officers have not been able to locate them since, yet an informant claims to have seen them in the Canggu area.

Officers distributed posters of their faces with a large WANTED sign so that people could easily recognize them and alert police.

The Head of Information and Communication of Ngurah Rai Immigration Office Class I, Putu Suhendra said that he went to Canggu on Tuesday (16/2) and searched several different hotels and villas in the area.

“Other than the search, we secured our borders including airports and harbors to prevent them from leaving the island,” Suhendra said.

He also explained that Andrew escaped while authorities were waiting for the Russian Interpol to pick him up from Ngurah Rai Immigration Office.

“After receiving a red notice about Andrew, the Russian Interpol told us to detain him in our cell until they arrived to receive him, but unfortunately he escaped during the process,” Suhendra concluded.

As of now, authorities from Immigration and the entire Bali Police have deployed all units to find the fugitive as soon as possible.

Everyone who sees them in Bali can contact +6285 942 971 991 to inform authorities regarding their location. 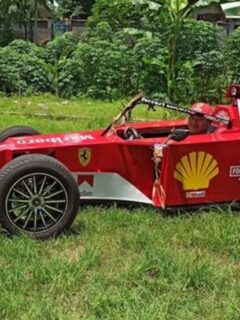 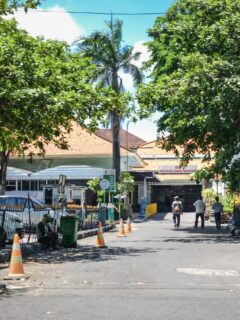