The residents of Buleleng were recently stunned by a local’s man replica of an F1 race car. Made Sandi Anom (43) from Bulian Village, Kubutambahan Buleleng built a replica of a Ferrari race car during his free time after losing his job due to the crisis posed by the pandemic.

The father of two explained that as a big fan of F1 races, he decided to build something based on his passion.

“The process started when I was laid off from my job at the cruise ship in August 2020 due to the pandemic. I’ve had a bunch of free time since then,” Sandi Anom said on Sunday (14/2).

He explained that he spent around USD 2,142 (IDR 30 million) to build his model of the Ferrari F1 car.

He assembled the car at a garage located close to his house using a 125 cc engine from an ATV and other parts that he bought from the internet. He said that he began to test his experiment on the road in September 2020.

“After readjusting several parts to solve some problems such as suspension and clutch, this car has already put on quite a bit of mileage since January 2021,” Sandi Anom added.

Anom mentioned that he hasn’t driven the car in the city as it doesn’t have the registration number required to drive it on public roads legally. Instead, he takes it around his village, refueling the tank containing up to 2.5 liters of gas.

“I plan to build another one with a bigger engine from a real car, so I could register to gain legal permission from the police department, and then I could drive it across the island,” Anom concluded. 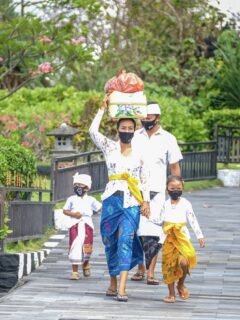 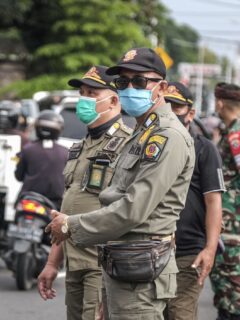