Bali police have launched an investigation after COVID-19 education billboards were burned and vandalized across the island.

Director General of Criminal Investigation,  Dodi Rahmawan told Radar Bali that signs were being written on and even burned down. 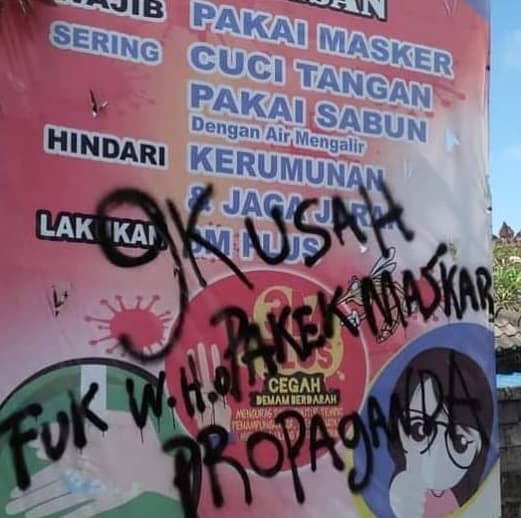 “This is illegal. The removal or burning of billboards is a criminal act of vandalism,” said Rahmawan.

“It is not yet known who vandalized the educational billboards. We have formed a team and the team is currently investigating,” he explained. 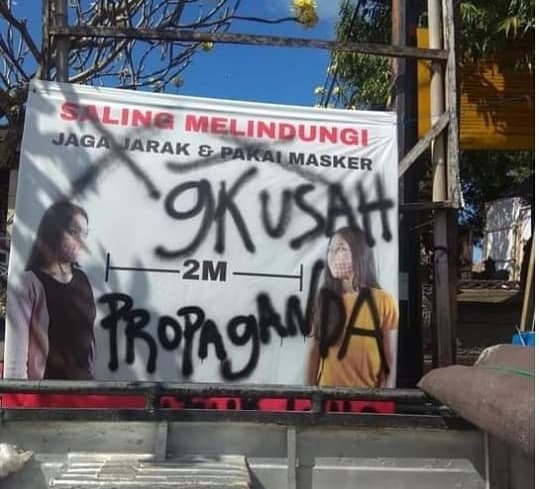 Police are asking for help from the public to immediately report any destruction or defacing of the signs to authorities. Police did not divulge the number of signs that were damaged but said there were ‘many’.

“There were many billboards damaged by irresponsible people. They have been taken as evidence,” said Rahmawan. 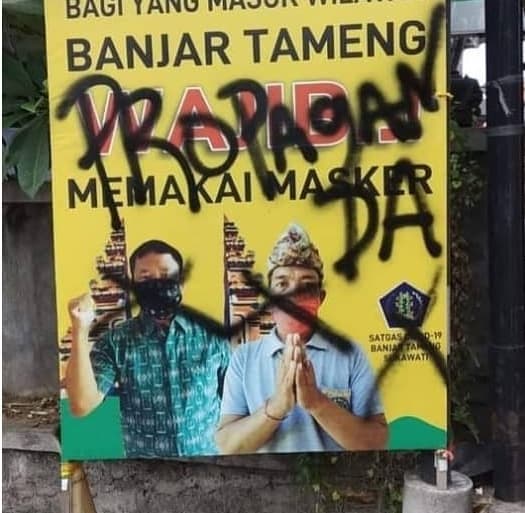 A number of billboards featured prominent political figures in Bali that were also defaced.

“Our party will work with traditional village officers and make every effort to find those responsible,” Rahmawan concluded. 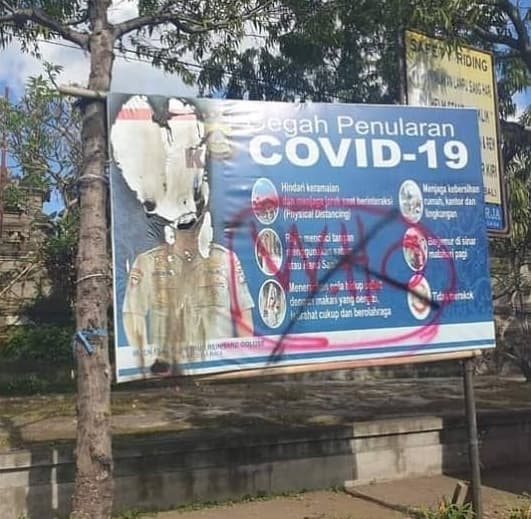 Free speech is limited under Indonesian law and perpetrators can face strict punishments for speaking out against the government.

Last week a famous Bali musician was arrested for a social media post that allegedly insulted the Balinese chapter of the Indonesian Doctors Association.

Earlier in the year, the national police announced that there would be criminal sanctions for anyone who insults Indonesian President, Joko Widodo and other government officials on their efforts of dealing with Covid-19 on social media platforms.