The New Bali 5 Year Visa In Final Stages of Preparation

The Central Government has stated that the new long term visitor visa is currently in the final stages of preparation.

The Maritime and Investment Coordinator Minister, Luhut Binsar Pandjaitan said that the central government plans to create a new regulation called the “Long Term Visa” which would allow foreign nationals to be able to stay longer in Indonesia. “With this visa, we expect the expats to stay longer in Bali and to help make it possible for them to work from Bali with easier and simplified requirements.” Luhut said while attending an investment forum with Foreign Ambassadors on Friday (26/3).

The final details of the long stay visa have not yet been released but originally visitors were expected to deposit USD $142,300 (2 billion IDR) to use for living expenses or investing, per individual or USD $178,000 (2.5 billion IRD) for the whole family. That would allow them to invest and do business, and their visas will be renewed every 5 years.

During the event attended by several global ambassadors on Friday (26/3), the participants were very enthusiastic with the Indonesian government’s plan to open the green zone areas in Bali for international visitors hopefully by this summer. Luhut also explained that he plans to open the opportunity of the long term visa to some developed countries to establish a better relationship between the two countries in the future.

Meanwhile Luhut also emphasized that the plan to reopen the international travel corridor still depends on the progress of the Covid-19 vaccine distribution. The tourism minister has a target to distribute the vaccine to at least 3 million people by May 2021. And if they can achieve it, Bali would be considered a green zone and safe to visit.” Luhut concluded. 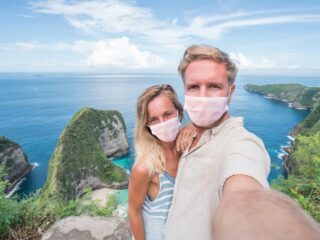 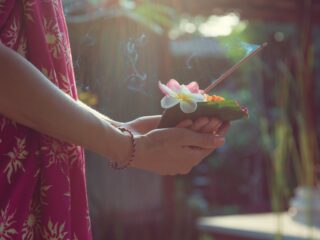 Next
Bali Student Takes Her Own Life For Allegedly Not Being Able To Pay Debt
Click here to cancel reply.

Scientists say that after pandemie the financial situation, especially in the developed world will look in best case scenario very similar to those after WWII. Therfore if there will not be a hyperinflation the sum of 2.5 billion rupiah sounds more than very surrealistic.