The Head of Public Relations of the Denpasar Police, Iptu Ketut Sukadi said that the body was found by her friend named Nur Fitriani on Friday evening (26/3) at around 8:00pm when Fitriani came to visit Sara at her boarding house in West Denpasar. “Sara was already dead when her friend, Fitriani came to her place that evening.” Iptu Sukadi said on Saturday (27/3).

Fitriani came to Sara’s place to visit her and right before she tried to call her when she arrived, Fitriani saw a silhouette in the window that appeared to be somebody hanging. Fitriani became suspicious and called to one of the neighbors on the first floor to check it out. After that, they both found that Sara had hung herself inside her room.

Fitriani immediately called the police and reported the incident. An officer from the Identification Unit came to the location around 9:30pm to begin their investigation. “According to the evidence that we have collected, Sara allegedly committed suicide for not being able to pay her debt to a finance company.” Iptu Sukadi concluded. The body was then transferred to the Sanglah Public hospital around 10:30pm with an ambulance from Regional Disaster Management Agency (BPBD) for further investigation. 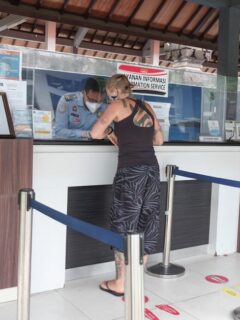 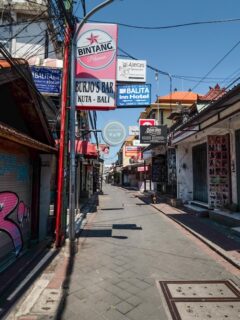 Next
Spa Workers Resort To Panhandling In Bali After Being Laid-Off
Click here to cancel reply.

This is so sad, 20yo ;/// if I only knew about that before, I'd have helped her.. moreover if she got the loan from one of loan scam companies, operating without offical agreement which is illegal and even threatening people and there familly by phone "we're gonna telle all your friends yadayada" but the never show their faces,calling victimes dozen of times every day/night, such the infamous DANA app.. these people are criminals, they change their phone number as soon as you threat them to call the police, one of my friend has been a victim of thse scammers.the even hacj her Whatsapp and told her friend and familly "she is a thief"

I trust the Bali authorities will take care of her family as well as let the children go back to school and stop making their lives hell on earth using a virus to destroy their faith in us, their elders and meant to be the more educated? I wonder, I expect not.

So sorry to hear this young lady decided to take her life over money. its only money