An owner of a cell phone shop in Buleleng has confronted officers as he refused to close his shop from operating during the emergency partial lockdown in Bali.

During the operation that was conducted by several different institutions such as the Buleleng Police Department and the Buleleng Vice Regent, Dr. I Nyoman Sutjidra, the authorities were confronted by one of the owners of a cellphone shop named Efendy Wijaya as he stood firm that his business was considered as an essential sector that provides telecommunication services for the people.

“The business that provides telecommunication and information services is considered an essential business, and in accordance with the Minister of Home Affairs’ Instruction, this type of business is allowed to operate normally.” Wijaya said. Despite having an argument with the authorities, Wijaya finally decided to partially close his shop, and only provide data cellular service for his customers.

Meanwhile the Vice Regent of Buleleng, Sutjidra explained that he decided to join the operation to educate people who still have misunderstandings with the current policies of the emergency partial lockdown. “As the officials, we need to explain the rules to our citizens and prevent creating a crowd while operating their businesses during this emergency partial lockdown.” Sutjidra said.  He also ensured that a harder punishment to temporarily close their business from operating would be given to the re-offenders by putting a police line in front of their shops. 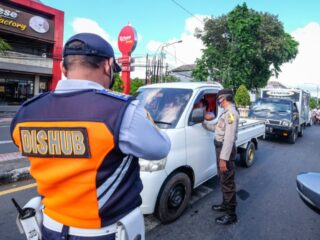 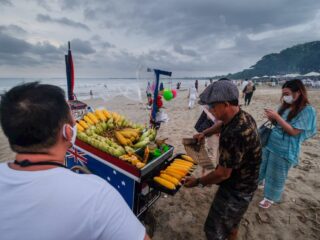 It was his effort that Parlamia can get her cellular working at any time to talk about spreed of pandemic.