Officials from the Denpasar Tourism Agency have bought food from local vendors in the Dangin Puri area before closing their shops due to the 8:00pm curfew in Bali.

The Head of the Denpasar Tourism and Creative Economy Agency, I Wayan Hendrayana confirmed that he has bought large amounts of rice from several local vendors in the Dangin Puri Village area on Sunday evening (18/7). “These purchases were initiated by the Denpasar Mayor as a form of support to the affected small businesses during the emergency partial lockdown.” Hendrayana said on Monday (19/7). After buying the bags of rice from several vendors, Hendrayana plans to donate those meals to people who undergo self-quarantine in Denpasar.

Other than that, he also distributed some of the food aids to local vendors and parking officers in the Denpasar area. “We really hope that this will help our small businesses who have been striving to survive during the emergency partial lockdown.” Handrayana added. Previously, the Denpasar Mayor, IGN Jaya Negara instructed all Denpasar officials to start contributing and supporting the economic activity in Denpasar by ordering food and snacks from the local small vendors across the city. Jaya Negara instructed that local vendors must earn a sufficient amount of income before closing their shops earlier due to the 8:00pm curfew.

Meanwhile The Spokesman of the Denpasar Covid-19 Handling Task Force, I Dewa Gede Rai invited more government’s official to join this act of service so they can reach more people in supporting the local economy as many people in Denpasar have decided to open small businesses after losing their income from the tourism sector since the Covid-19 pandemic struck over 1 year ago. 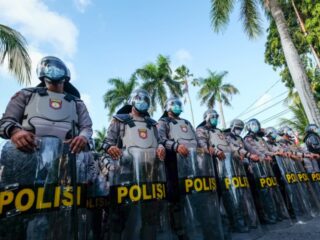 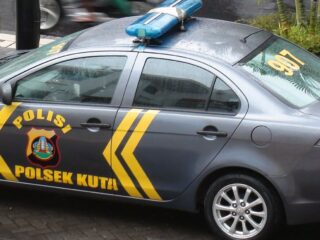 Next
Bali Karaoke Business Being Investigated For Allegedly Operating During Lockdown
Click here to cancel reply.

“ Bags of rice”? After 30 years of rich getting richer “a few bags of rice” seems cynical. Where is the charity from the Hotel Billionaires, the Beer Barons, the Real Estate Moguls, the Handicraft Kings and the Tourism Business Mega Rich? Are the ones who benefitted most from 30 years of tourist development not prepared to give anything to the Balinese people? Where are the rich ? Are they in London or Paris? Are they comfortably away from Bali’s misery? When Balinese people need the most help, the rich have their Swiss Bank Accounts to rely on.

@J West, just stop consuming such products, instead of beer fresh fruit juice, tea, … instead of hotels back to bamboo houses, instead of villas rice fields like it was before villas was built and at least a bit of problem seems to be solved. It’s a tax for previous greeds.