A security guard has been assaulted by a group of 4 intoxicated motorbike riders on Sunday afternoon (3/10).

A video of a man in a security guard uniform that was being assaulted by a group of local people in Pemogan Village, South Denpasar went viral on social media. According to the 2 minutes video, the incident occurred at a T-junction of Pemogan Village on Sunday afternoon, causing congestion to nearby traffic as many people attempted to stop the men from assaulting the security guard.

According to information from some of the witnesses at the scene, the incident occurred when the security guard attempted to warn the intoxicated riders as they had been recklessly riding their motorbikes and bumped into another innocent rider, causing a woman to fall from her motorbike due to their irresponsible way of driving. Apparently, one of the drunk men felt offended and decided to stop the security guard’s motorbike and confronted him.

As the situation escalated, the group began to assault the security guard on the spot. Thankfully the nearby by-standers managed to separate the men from the victim and made them leave the location shortly after. Apart from driving under influence, those men violated several regulations such as not wearing helmets and facemasks while riding motorbikes in public areas.

Meanwhile the The Head of South Denpasar Criminal Investigation Bureau said that he hasn’t received any reports in regards to the incident. However, he has deployed his officers to start their investigation at the scene. 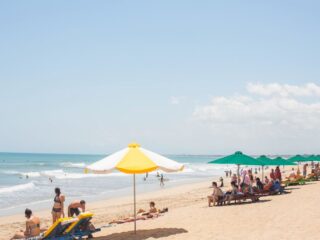 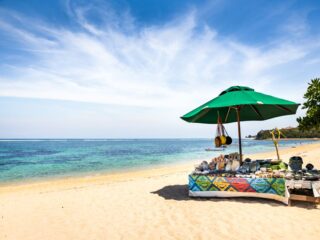