Local vendors of Kuta Beach have protested the policy that was recently implemented to permanently close 17 beach’ entrances.

As The Bali Sun previously reported officials of Kuta Village have recently set a daily limit for visitors on Kuta Beach by utilizing the PeduliLindungi tracing app at several entrances to the beach area, and permanently closing other entrances with concrete walls, to prevent Kuta Beach from reaching its maximum capacity during the Covid-19 pandemic.

As a result, several local vendors who have been running their small businesses near the entrance points started protesting as they’ve been directly affected by this new beach policy. In response to this protest, Official of Kuta Village, I Wayan Wasista stated that the policy wasn’t meant to disrupt the economic activity of local vendors in that area as he had already informed and explained the purpose of this policy prior to the implementation.

“I’ve previously explained that this policy wasn’t meant to reduce the local vendors’ income as the distance between each entrance point is only 100 meters. I also often faced a dilemma of closing the gates or keeping them open.” Wasista said on Monday (4/10).

The closure was implemented to prevent people from entering the beach area without scanning the QR code upon their arrivals.

He also said that the government has been paying close attention to the implementation of prevention protocols in Kuta Beach as one of the most popular tourist attractions on the island. “We are being monitored by the government, so the only way to keep the tourism activity running is to implement this policy.” Wasista concluded. 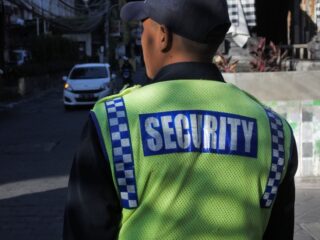 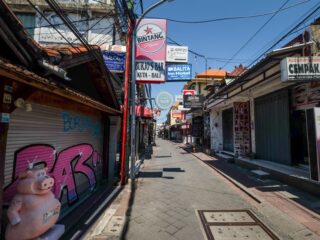 Next
Dozens Of Bali Travel Companies Have Gone Bankrupt Due To The Global Pandemic
Click here to cancel reply.

I know the authorities are trying,and probably just trying to please higher authorities, but this policy makes no sense at all. There are currently not enough tourists to make the beach remotely dangerous, yet this policy will group them all around the few remaining open gates creating a bigger hazard than if nothing was done.

Time to think it through a little more. It really is not that hard to control numbers by other means.

Hope the authority can find a win win situation as it affected the locals badly.

Just turn earlier or latter on beach and there are no controls, for example if walking from double six beach to Kuta beach, or walking on beach from airport direction. - In 1990’s this China or Berlin wall didn’t even exist, it’s just one of newer blemishing architectural projects. But perhaps it can be helpful in case of tsunami.

@Wayan Bo, you can still walk all the way along the beach right? Or have they built a wall across the beach between Kuta and Legian?

THIS IS ABSOLUTE MADNESS, HOW DO THEY EXPECT TOUISTS TO COME TO THE BEACH AND PARK AND HAVE TO WALK A THOUSAND YARDS OR MORE JUST TO GET TO THE BEACH, NO WONDER THE VENDORS ARE COMPLAINING, THE ONES NEAR THE ENTRANCE WILL BE THE ONLY ONES MAKING MONEY, Anyway what international tourist will want to come to Bali and do 8 days in Quarantine, this needs to be overturned. Here in Bali its supposed to be 70% double vaccinated and rising, Internationally Indonesia will be taken off the RED list for many countries, opening up the possibility of an influx of many many tourists. Someone has to change these laws. Bali has died and needs resuscitation and quickly.

Are these Bali officials stuck in 1997?

Also they do realise no one is even here so how on earth can Kuta beach be the most popular?

These Bali officials should be trialed for manslaughter