Man Mobbed And Arrested For Stealing Shampoo From Minimarket In Bali

A 45-year-old man from Bandung, West Java has been arrested by police after being mobbed for stealing two bottles of shampoo from a minimarket in Jimbaran.

The Head of the Kuta Police Department, Kompol I Nyoman Gatra confirmed that the suspect was arrested for stealing from a minimarket that is located on Jalan Uluwatu, Kedonganan South Kuta on Sunday (20/6). “The suspect was beaten by a local mob before finally being arrested by our officers for stealing on Sunday afternoon around 2:45pm.” Kompol Gatra said on Wednesday (23/6).

According to information from a witness named Muhammad Mudsi who has been working at the minimarket, the incident occurred when he coincidentally spotted the suspect put two bottles of shampoo into his pockets when he was on duty. Shortly after, the suspect pretended to use an ATM that is available inside the minimarket. Becoming suspicious, Mudsi informed his co-worker of what he just saw. After following the suspect to the parking area, one of the witnesses pulled the suspect’s shirt and exposed the stolen items. “The suspect attempted to run away and left the motorbike at the scene, but he was captured by a local mob and was beaten.” Kompol Gatra added.

Few moments later, the people handed the suspect to the police officer along with the evidence. During the interrogation, the suspect admitted that he had been doing similar activities for two days prior to the arrest. “The suspect admitted that he had been stealing in several different areas such as Kedonganan, Sunset Road and North Kuta before getting arrested. During the operation, he sold the stolen items to local vendors at a cheaper price to earn some cash.” Kompol Gatra concluded. 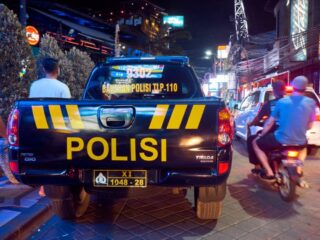 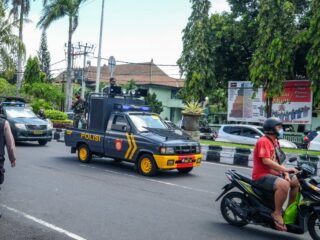