Man Injured After Colliding With A Moving Car In Bali

A 19-year-old man named Anjas Adam Nusantara from Cikarang, West Java has been seriously injured after allegedly jumping onto a moving car.

The Head of Denpasar Traffic Officer, Kompol Taufan Rizaldi confirmed that the incident occured on Jalan Hang Tuah, Denpasar, causing severe injury to a man who deliberately collided his body with a moving car on Friday morning (7/5) around 11:30am. “Anjas deliberately jumped onto a moving car that was driven by a man named I Nyomsn Amerta (aged 60).” Kompol Taufan said.

The incident occured when Nyoman drove his car from the east side driving normal speeds when suddenly he was surprised by Anjas who randomly ran into his lane and decided to jump onto his vehicle. “The impact was pretty hard as his body managed to break through the windscreen and knocked him out immediately.” Kompol Taufan added.

Ankjas was rushed to the hospital using an ambulance from Denpasar Disaster Management Agency (BPBD). The victim lost consciousness as he suffered serious injury to his head and abdomen. “The man allegedly has some mental issue and was rushed to Sanglah Public Hospital to get medical attention. In the meantime, we’re still waiting for him to regain consciousness to collect more information.” Kompol Taufan concluded. 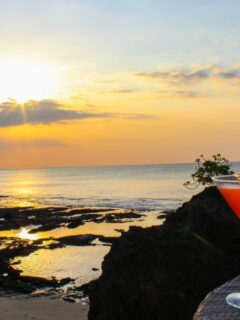 Previous
Expat Who Advertised 'Tantric Retreat' In Bali Was Arrested 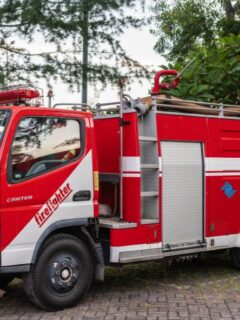 Next
Two People Have Been Rescued From Bali Elevator
Click here to cancel reply.