Two People Have Been Rescued From Bali Elevator

Two people from Bangli District have been evacuated from an elevator inside Sukawati Art Market after crying for help for allegedly being unable to operate it properly.

Official from Sukawati Art Market, I Nyoman Catri confirmed that the incident occured on Friday (7/5) at Sukawati Art Market that was just recently renovated by the regional government. “A man and a woman from Bangli were stuck inside the elevator, and they had been screaming and crying for help as they were unable to get out of the elevator for several minutes.” Catri said. The incident occured when the two visitors entered the elevator at the B section of the art market, shortly after they realized that the elevator wasn’t moving and they couldn’t manage to open the door to get out.

“They were stuck inside the elevator on the basement floor of section B. We assumed that neither of them pushed any button to take them upstairs.” Catri added. Shortly after, Catri was informed by one of the vendors of Sukawati Art Market that somebody was screaming from the elevator, so he came to check it out. When he was there, Catri saw a flip-flop that was stuck between the elevator’s door that those people allegedly put there to prevent the elevator’s door from closing completely.

The two people were finally rescued from the elevator after Catri attempted to open the door manually from the outside. Once they were evacuated, Catri didn’t find any issue with the elevator that was just installed during recent renovations. “I have no idea if they were unable to operate the elevator or pushed the wrong button, but it ran properly when I tried it once we managed to get them out of there.” Catri concluded. 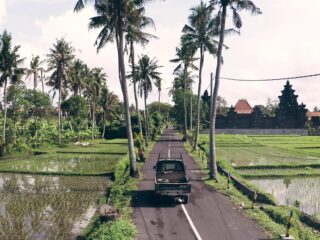 Previous
Man Injured After Colliding With A Moving Car In Bali 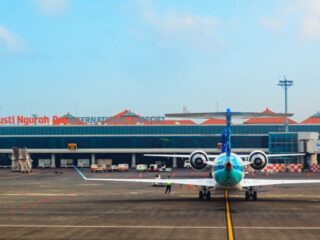 Lift Boy seems to be needed.