A 41-year-old man with initial INGS (a.k.a Nyoman) has been detained by the police for removing a road barrier during the travel restriction in Denpasar.

The Head of the Denpasar Public Relation Officer, Iptu I Ketut Sukadi confirmed that the man was detained for violating the travel restriction policy during the emergency partial lockdown on Wednesday (14/7). “Nyoman has offended the restriction policy by removing road barriers that were installed by the authorities to reduce the mobility of people during the emergency partial lockdown.” Iptu Sukadi said on Thursday (15/7).

Prior to the arrest, a video of Nyoman who attempted to remove multiple road barriers on Jalan Gatsu Barat – Kebo Iwa went viral on social media. In the video, Nyoman, who drove his car, suddenly got out of the car and removed some barriers, causing many people to break into the area that was previously restricted during the emergency partial lockdown. “After removing the barriers, he directed more people to break into the area before finally leaving the scene in his car.” Iptu Sukadi added.

During the interrogation, the suspect admitted that his behavior was a form of protest to the government against the restriction policies during the emergency partial lockdown. Iptu Sukadi also said that Nyoman could be potentially charged for violating Article 216 from the Book of Criminal Laws. Nyoman finally apologized through a video that was uploaded on social media while he was being detained at the police station. 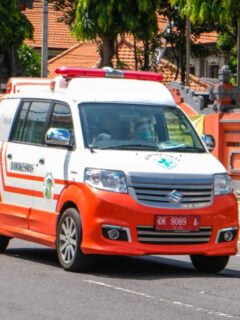 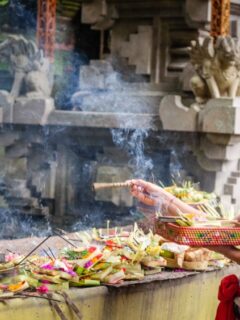 Next
13 People Tested Positive With Covid-19 While Attending A Funeral Ceremony In Bali
Click here to cancel reply.

It seems that he was just wishing barrier free traffic only.