A 37-year-old man named Riandi Efendi from Lombok, West Nusa Tenggara has been arrested for extorting visitors on Kuta Beach.

The Head of Kuta Police Department, Kompol I Nyoman Gatra confirmed that the man who has been staying on Jalan Bhineka Jatijaya was arrested on Friday (30/4). When the suspect was arrested, he admitted that he had been extorting some visitors on Kuta Beach by impersonating a Balawista official using a walkie-talkie that he stole from the Balawista office.

“The suspect admitted that he had been extorting Kuta beach visitors who drank alcohol on the beach, and he acted like he was a Balawista official by pretending to communicate with his stolen walkie-talkie while asking them to pay fines for drinking alcohol on public land.” Kompol Gatra said on Tuesday (4/5). The officers began their investigation after receiving a report from one of the Balawista officials, I Wayan Kresna Widarma (aged 27) after losing a walkie-talkie on March 12th 2021.

The incident occured when Wayan came to his office that morning,  he was surprised after realizing that his office door was broken. Shortly after, another Balawista official named I Ketut Mertajaya also came to the office and then realized that one of their walkie-talkie was missing. During their investigation, the officers were informed that someone saw a suspicious man roaming around Kuta Beach area while carrying walkie-talkie on his hand. The suspect was finally arrested without a fight and is now being detained for further investigation inside Kuta Police Department’s holding cell along with the walkie-talkie that is estimated to be worth around USD 207 (IDR 3 million). 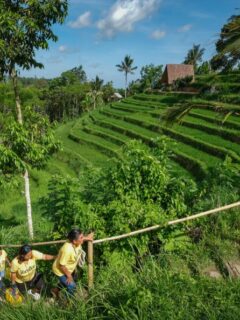 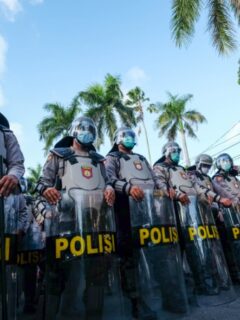