A male model who fled the country to escape justice for dealing illegal steroids has been caught 6,000 miles away in southeast Asia.

Terrence Murrell, 31, admitted to supplying class C drugs in Wales but failed to turn up at his sentencing hearing. Rather than lay low, he chose to broadcast his freedom with snaps of his new luxury lifestyle in Bali on Facebook and Instagram.

He posed for pictures in an infinity pool, working out in a gym and using his laptop in a four-poster bed, many of them captioned: ‘Boss life.

The model, from London, also uploaded a picture with friends captioned: ‘The baddest men in Bali.’

He was traced after leaving Bali for Cambodia, where he will remain in custody until the coronavirus situation improves enough for him to be transported back to the UK.

Jurors at Caernarfon Crown Court were told he was a key member of a gang bringing high-value steroid shipments from China to sell in the UK through websites. Police seized £2m worth of drugs and the gang were thought to have made £1.2m profit in two years

Murrell told police he bought the drugs for personal use so he could ‘look his best as a male model’, but prosecutors said he had more than £220,000 in his bank account.

John Lyons, defending, said: ‘He has been prevaricating about his pleas for some time. He was always going to admit the offences but kept putting off the evil day.” 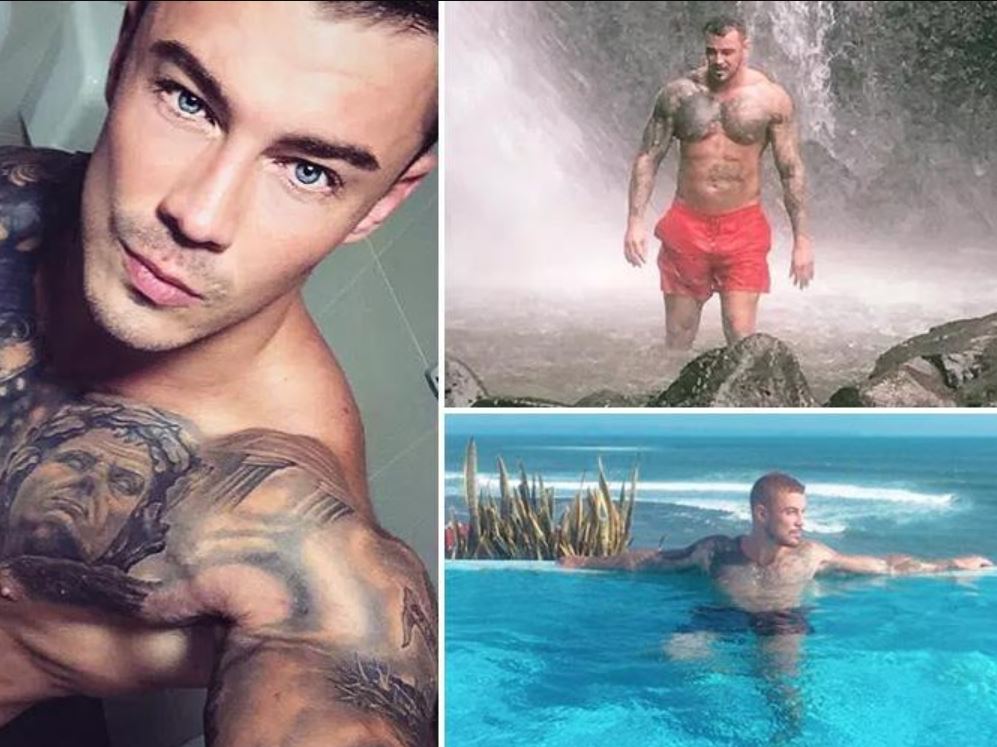 Judge Huw Rees said Murrell was ‘living in the lap of luxury’ as he sentenced him to 37 months’ jail in his absence.  He added: ‘It is well known that anabolic steroids have been widely abused in sport, especially where an increase in muscle mass is required. ‘The administration of steroids often produces unwanted side effects, mood swings, overconfidence, aggression, loss of libido and liver toxicity.’ 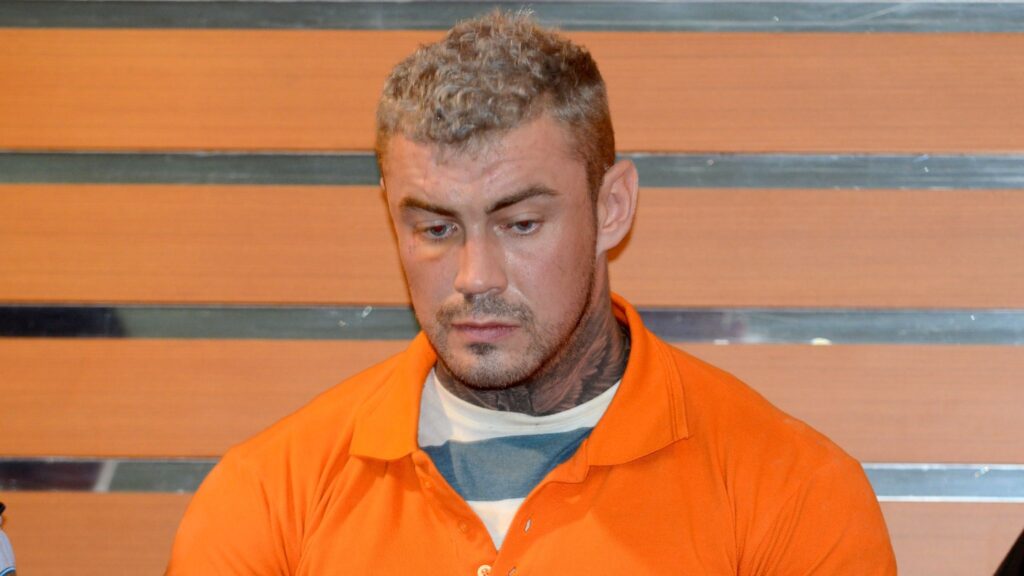 A North Wales Police spokesman said the force was aware of Murrell’s arrest in Cambodia. ‘We are currently working with colleagues from both the National Crime Agency and the Crown Prosecution Service to bring him back to the UK to serve out his sentence. ‘Due to the current situation with the coronavirus pandemic, this will happen as soon as it is safe to do so.’