A college student named Badi Saputra from Lombok, West Nusa Tenggara has been arrested after stealing a motorbike that belongs to an expat woman from a villa in North Kuta, Bali.

The Head of the North Kuta Police Department, AKP Putu Diah Kurniawandari confirmed that an investigation started after receiving a report from a 28-year-old woman named Elena Kartsagkouli from Greece about her stolen motorbike. “The victim filed a report regarding the incident that occurred on Tuesday (1/6) at her villa in Kerobokan.” AKP Putu Diah said on Thursday (3/6).

According to the information from Elena, prior to the incident Elena parked and locked her motorbike at the parking area of the villa that is located on Jalan Tunjung Mekar Number 3 Kerobokan, North Kuta on Tuesday afternoon around 2:00pm. A couple hours later, when Elena came out of her villa at around 5:30pm, she noticed that her motorbike had been stolen.

“Knowing that her motorbike was stolen, she immediately filed a report to the police, and after collecting information from the location and witnesses, it led us to the suspect who has been living in Panjer, Denpasar.” AKP Putu Diah added. The suspect was arrested at his boarding house that is located in Panjer, Denpasar along with the stolen motorbike Honda CRF 150cc. During the interrogation, the suspect admitted that he has been doing this illegal activity in 6 different locations in Kuta and Denpasar. 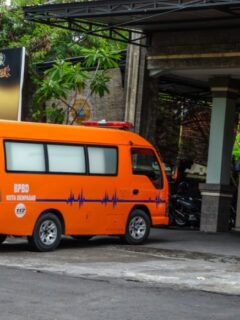 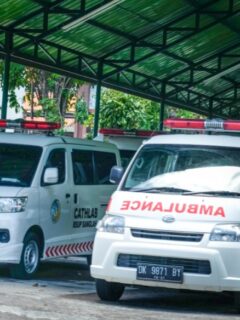 Next
A Bali Student Has Died During His Celebratory Graduation Convoy
Click here to cancel reply.

In kerobokan jail he wouldn’t need bike for long time.