A 30-year-old American national has been detained by authorities because of his mental state and for disturbing the peace during his stay in a Bali villa.

The Head of the Gianyar Civil Service Officer, Made Watha confirmed that an American man has been detained from a villa that is located in Keliki Village, Tegalalang on Wednesday morning (2/6). “After receiving a report regarding the expat who has been disturbing the nearby villagers due to his mental state, we came to the location on Wednesday morning and decided to detain the man.” Watha said.

According to information from the Head of the Tegalalang Sub-District, Alit Adnyana explained that he was previously informed by residents in the area that there was a man who was suffering from potential mental illness and could use some help. “The villa owner said that the man had completed his payment prior to his stay, but the problem was that man kept disturbing nearby residents including the villa owner with his behavior.” Adnyana said.

He also mentioned that Asia was reported missing the night before, but later in the morning he was spotted sleeping in front of the villa entrance. The authorities have found meds inside his room at the villa, but they haven’t found his passport to reveal his identity. “We decided to detain the man and send him to a mental hospital to receive proper help for his condition .” Watha concluded. 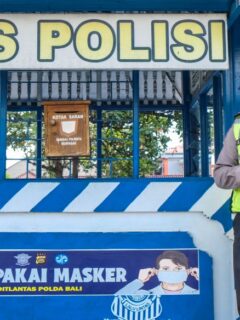 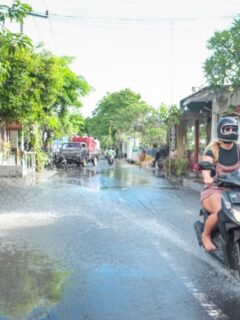 What’s normal in one part of the word can be abnormal in the another.