An incident that has involved an active police officer has occurred at a bar located on Jalan Kayu Aya, Seminyak.

A 26-year-old man named Made Mas Satriawan has filed a report to the Kuta Police Department after allegedly being assaulted by a police officer with initials (Iptu AN) in the La Favela Bar and Nightclub’s parking lot in Seminyak. The victim who has been living on Perum Padang Galeria Number 55, Denpasar suffered injuries from the incident that occurred on Sunday (30/5) around 1:30am.

According to information from a witness, the incident started when Iptu AN who was allegedly under the influence pushed Satriawan who was working as the security guard at the bar. Shortly after, both of them started arguing and the situation escalated pretty quickly. Another security guard attempted to stop the confrontation, but Iptu AN who was accompanied by his friends allegedly began to assault Satriawan.

The Head of the Kuta Police Department, Kompol Nyoman Gatra confirmed that Satriawan filed a report regarding the incident on Sunday (30/5). “We have received the report, but the case has been taken over by the Denpasar Criminal Investigation Bureau.” Kompol Gatra said on Tuesday (1/6). However, in a recent interview the Head of the Denpasar Police Department, Kombes Pol Jansen Avitus Panjaitan has denied that there have been any reports made regarding the incident. “No, we haven’t received any report regarding the incident, but the situation is under investigation.” Kombes Pol Jansen concluded. 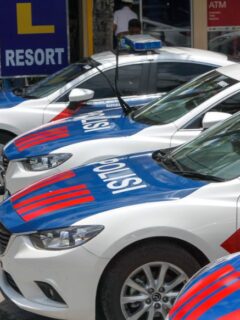 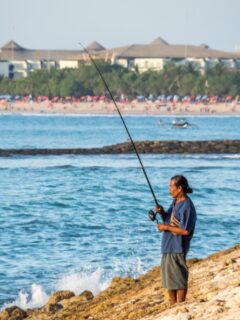 Next
Fisherman Dies After Getting Struck By A Large Wave In Nusa Dua
Click here to cancel reply.

La Favela and La Plancha seems to hung together, therefore it’s bad karma for them because La Plancha switched off there live beach web cam.