Bali police are investigating a Russian woman after she recently uploaded a video of herself nude on the back of a Sumatran elephant in Bali. The Russian national named Aleysia Kafelnikova gained attention after her content went viral on social media.

As the Bali Sun previously reported, Aleysia was criticized for the controversial video taken in Taro Village, Tegalalang Gianyar. Bali Police Department called Aleysia to attend an investigation at the police station regarding this case on Saturday (20/2).

Aleysia decided to delete the video following a negative response from viewers and animal rights activists.

The Head of Criminal Investigation Bureau of Bali Police Department, AKBP Gusti Ayu Suinaci confirmed that she was being investigated by officers over the video that she uploaded.

“After collecting information from her, we didn’t find any violations to our constitutions as she uploaded it to express her love for animals. She was also cooperative with the officers during the investigations,” AKBP Suinaci said.

Aleysia apologized to the people and the police officers while explaining that the video was a form of art.

After listening to her justification, AKBP Suinaci decided to dismiss the case. “We decided to let her go because she didn’t have any intention to harm anyone or the animal,” AKBP Suinaci concluded.

“My intention with these pictures was to show you that I love and respect animals and especially elephants more than anything. I would wish that all those who are so negative will awaken an aesthetic love for my post and you will see the wonderful beauty in it!” said Aleysia on her Instagram. 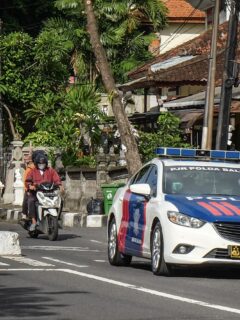 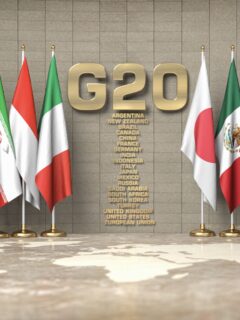 Next
Bali To Host G20 Summit In 2022
Click here to cancel reply.

There are still visitors and residents who lack the cultural awareness of the country. It does not matter where one may come from, you are still a guest regardless of your ethnicity in someone's home. Respect others the way you want to be respected. In this case respect animals and it will respect you back. They do have feelings you know...

Thankfully,Mr. Suinaci exercised common sense. I'm sure the elephant enjoyed the experience as much as I did. On an island with 1,000 dog meat stalls and most animals being treated like dirt this was a heartwarming end to this story.

What a load of rubbish ,She done it for her own exposure . TO GET MORE PEOPLE TO SEE HER ON SOCIAL MEDIA .

In early 1980's there was lot of womans in nearly nude look, or in topless and tangas on Bali's beaches. At this times there wasn't elephants in Bali.

Unfortunately during Covid-19, I have become quite fat, not as fat as an elephant but pretty big. Just a thought if you wanted to pose on my stomach you are totally welcome. OLO LMAO