Two suspects have been arrested by Denpasar Police for car break-ins. The local men were found after being wanted for breaking into cars by smashing the windows while they were left parked in public areas in Denpasar.

The Head of Denpasar Police Department Kombes Pol Jansen Avitus Pandjaitan, along with The Head of Denpasar Criminal Investigation Bureau explained that the investigation began after one of the victims, (initials HZ) filed a report on Feb. 4/21 regarding a car break-in in front of a restaurant on Jalan Gatot Subroto Barat, Denpasar.

A bag and valuable items were stolen during the incident. “The perpetrators stole a bag containing a cellphone and valuable documents,” said Kombes Pol Jansen during a press conference on Saturday (27/2).

After collecting information, the operation that was led by Iptu Ngurah Eka Wisada ultimately came to an end as they arrested a 40-year-old man named Abdul Wahid Abdurrahman (a.k.a Akang) and a 42-year-old man named Ikram Yaru at their boarding house on Jalan Persada, West Denpasar, along with the evidence on Wednesday (24/2).

“During the interrogation, they admitted to committing this illegal activity in 11 different locations. Nine of them were in Denpasar, and the other two were in Gianyar,” Jansen added.

He also explained that Akang was once arrested and detained for three months in the past.

“I’m so disappointed that he was only jailed for three months, I think we should consider a maximum sentence for them, so others might think twice before committing a crime,” Kombes Pol Jansen concluded. 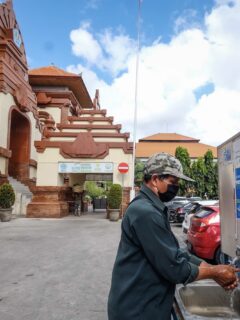 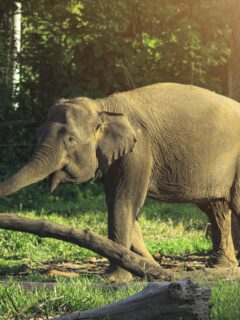 It's warning for those tourists from Europe who would like to visit Bali with there cars instead to fly with airplane's.

Btw, there are more car-breakins or car jacking in the States than anywhere else in Bali or in Indonesia for that matter. Your first cardinal rule...You do not leave anything valuables in sight in a car.

These local thieves may have watched Western movies to adopt a new style of car-breakins. This is also a desperate time for an opportunity to steal. Sighs.