A car crash occurred in Kuta as the driver was allegedly driving under influence. An expat was in the passenger seat of the car which lost control and rolled over on Jalan Kartika Plaza on Sunday evening (25/4).

“According to our investigation, the incident occurred when the driver, 17-year-old woman with initial (FA) from Surabaya, lost control of her vehicle while driving fast on the road.” Iptu Sukadi said on Monday (26/4).

Iptu Sukadi explained that both driver and the passenger, identified as Cui Dingbo from Chin, were allegedly intoxicated when the incident occurred.

“She couldn’t control that such a high speed and finally crashed into one of a road light’s poles, and caused the vehicle to roll over along with a foreign national inside the SUV on the passenger seat.” Iptu Sukadi added.

The road was quiet when the incident occurred that evening, so it didn’t crash into another vehicle or pedestrian.

“Both of them were immediately rushed to the hospital to receive medical attention and thankfully the incident didn’t cause any fatality,” Iptu Sukadi concluded. Meanwhile, the incident is still under the investigation of the authority from the Denpasar Police Department. 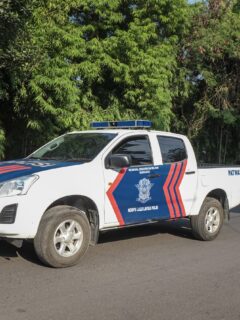 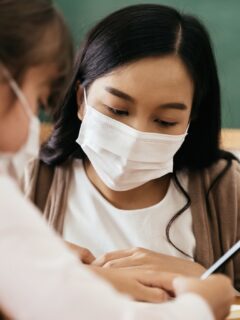