Bali police suspect a case of insurance fraud after a 48-year-old woman named Secil Avunya from Turkey claims to have lost thousands of dollars from a safe deposit box in Bali.

Secil explained that the incident occurred at a villa where she previously stayed that located in Antap Village, Selemadeg Tabanan.

The Head of Selemadeg Police Department, Kompol I Kadek Ardika confirmed that he received the report from Secil on Saturday evening (24/4). “She called the police on Saturday evening that she has just lost her USD 2,400 (IDR 33,6 million) that she kept in a safe deposit box in that villa,” Ardika said on Monday (26/4).

Shortly after, officers began their investigation by visiting the villa and collecting information from the staff. According to a statement from a staff member named Putu Sutarjana (43), Secil once called him on Saturday evening and told him to come to the villa as her cash that she kept inside the safe deposit box went missing.

Following investigations at the scene and collecting information from both Secil and the villa staff, officers didn’t find any signs of theft.

“The safe deposit box is still in a good condition, nothing is broken. We didn’t even find any fingerprints on it, so we assume that this is not a theft case.” Kompol Ardika concluded. The officers doubted the report as she hasn’t come to the police station to file an official report, and she had checked out from that villa on Monday morning.

Meanwhile, Kompol Ardika admitted that he has previously experienced similar cases as some expats were intentionally filing a false report in order to benefit from their insurance company. 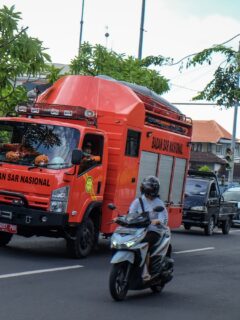 This would be a very strange case as insurance usually does not cover cash money in any case: it's simply to easy to make up a random amount.

Even stranger is that there where NO fingerprints on de safe, I'd be quite simple for her to at least open and close the safe, so her fingerprints should be on there... unless it was a theft and the thieves wiped it clean after. Quite possible as the average safety deposit box can easily be opened with a "rescue key".

Sorry but there is not an insurance company here that I know of that pays up for lost “cash”.