Bali authorities have apprehended a 60-year-old man named Albani from Italy for being homeless and begging in Bali since the Covid-19 pandemic struck.

The Head of Legian Public Empowerment Institution (LPM), I Wayan Puspa Negara confirmed that Albani was detained in front of Kunti Sushi Bar located on Jalan Benesari Legian, Kuta on Tuesday afternoon (4/5). “We finally detained this man after receiving several reports from the people that Albani has been roaming around the street and often begging to the nearby villagers due to his financial condition.” Negara said on Tuesday.

He explained that Albani has been doing this since the Covid-19 pandemic struck in 2020. When the authorities found him, Albani admitted that he had been staying on the streets and kept moving to different areas. “He admitted that he has been staying in front of the closed shops, and begging people to give him food or money to buy food.” Negara added.

Negara also said that Albani has been using the restroom of some minimarket to take a shower and use the toilet. Previously, Albani had rented a house that was located in Canggu, North Kuta, but then he was evicted by the owner once he was unable to pay his rent. “We’ve detained him and are holding him at our office while we wait for authorities from the Public Civil Service Office to pick him up and begin the deportation process.” Negara concluded. 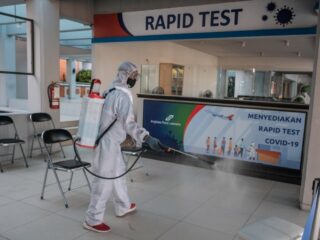 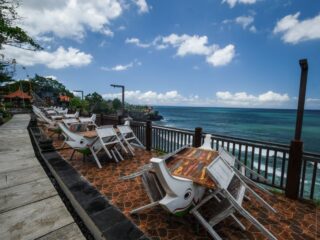 Next
Bali Cafe Owner Fined For Being Noisy
Click here to cancel reply.

On the photo he is looking a bit like Lavrov on the run for Beluga Caviar.

Caviar Made in Bali perhaps available in the future.

True Bali lover who spent all money on the island. Is he loved also without money is today’s million dollar question.