An Indonesian court sentenced a California man to more than nine years in prison on Monday after finding him guilty of selling cocaine and marijuana on the resort island of Bali.

Police said Ian Andrew Hernandez of California was arrested in May with 10 small plastic packs containing 6.6 grams of cocaine and a pack with 23.7 grams of marijuana at his rented house on the island. The raid on the house followed a tip from a member of the community.

Police also seized electric scales, cigarette papers and a cellphone allegedly used to receive orders for drugs from tourists through text messages. The indictment said Hernandez confessed that the devices and drugs were his.

Hernandez, 31, sat silently as a panel of three judges at Denpasar District Court handed down the punishment. They also ordered him to pay a fine of 1 billion rupiah ($72,885) or serve two more months behind bars. 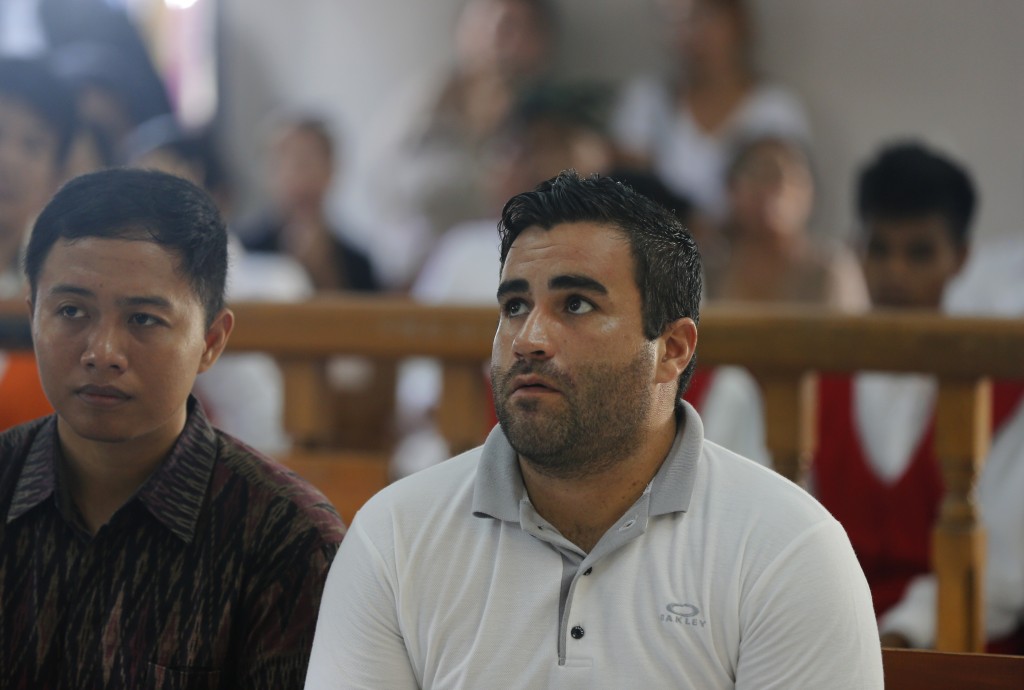 “The defendant did commit a crime that has tarnished Bali as a tourist destination,”  said Presiding Judge Koni Hartanto. “What he has done is contrary to government efforts to fight drug trafficking.”

Prosecutors had sought a 14-year sentence, but the judges said they reduced the penalty because Hernandez regretted his acts and promised to reform.

Hernandez’s lawyer, Made Suardika Adnyana, told the court that his client accepted the verdict.

Indonesia has strict drug laws, and convicted traffickers are sometimes executed by firing squad. More than 150 people are on death row, mostly for drug crimes. About a third are foreigners.