A Teacher Has Been Found Dead On Bali Road

A 59-year-old man named I Wayan Nirta has been found dead in the middle of a main road by a police officer in Manggis, Karangasem.

The Head of the Padangbai Coastal Police Department, Kompol I Made Suadnyana confirmed that the man who has been working as a teacher in Lombok, West Nusa Tenggara was found dead by a police officer from the Manggis Police Department on Friday evening (11/6). “One of the police officers who was passing by was surprised as he saw a man laying down in the middle of the road that night.” Kompol Suadnyana said on Saturday (12/6).

The off duty officer immediately rushed Wayan Nirta to the nearby clinic to seek medical attention as he was unconscious when he was found. After reaching Manggis Clinic I, the man who was originally from Blahbatuh, Gianyar was pronounced dead by the doctor. “Unfortunately, once they arrived at the clinic in Manggis, the doctor confirmed that the man had already died.” Kompol Suadnyana added.

According to information from one of Wayan Nirta’s kids, prior to his death, the man suffered from physical health issues and had been regularly going to see a doctor to treat his lung disease. “The man had been parking his vehicle at the Agriculture Quarantine Office that is located near where he was found before taking the ferry to go to Lombok to work as a teacher there. Unfortunately, The man has died from alleged lung disease, as he had been constantly going to the hospital to treat his disease.” Kompol Adnyana concluded. 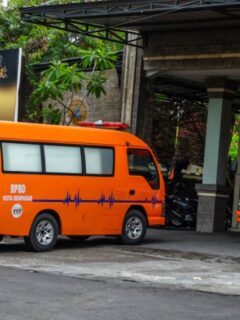 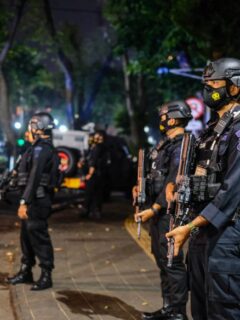 Next
Bali Police Seized 44 Kg Of Marijuana From A Logistic Vehicle
Click here to cancel reply.