Bali Police Seized 44 Kg Of Marijuana From A Logistic Vehicle

Officials from the Bali police department have seized 44 kilograms of marijuana from a logistic vehicle on Monday (14/6).

The investigation began after the police arrested a couple with initials C (aged 32) and his wife initial P (aged 40) who were previously fugitives for a similar case. During the interrogation, the information led the police to an attempt to smuggle a huge amount of marijuana from Medan, North Sumatra to Bali. The truck that was driven by a man named Manihar Hasibuan (aged 30) departed from Medan, North Sumatra on Tuesday (8/6). “When we checked the suspicious vehicle at Mengwi Bus Station, the driver explained that he didn’t know that he was transporting illegal substances as it was also his first time transporting logistics into Bali, he is still being detained as a witness for further investigation.” Brigjen Putra added.

Brigjen Putra admitted that it was the biggest case that they discovered in Bali during his career on the island. The officials also admitted that many people, especially those who have been relying on the tourism sector such as musicians, artists, surf coaches and even tattoo artists in Bali have decided to get involved in drug trafficking in order to survive since the Covid-19 pandemic struck in 2020. Meanwhile an investigation to find the syndicate of their operation in Bali is still underway. 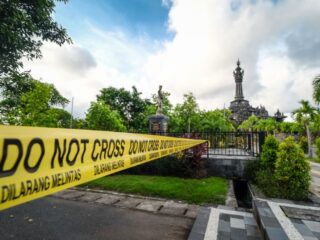 Previous
A Teacher Has Been Found Dead On Bali Road 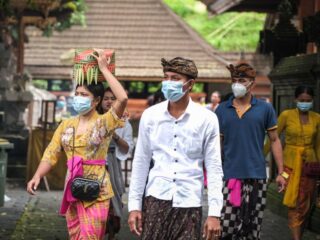 Next
Covid-19 Transmissions In Bali Are Currently Below 1%
Click here to cancel reply.

If good quality, can be exported to country’s where it’s not prohibited, such The Netherlands, Czech Republic, Uruguay, California, Jamaica, …

@Wayan Bo, none of those countries allows the importation of pot. they dont allow export either. although many us states allow the use of pot it is a federal crime to import,export,or sell pot.it cant even be transported state to state or sent thru mail which is a federal crime