Two men were severely beaten for allegedly driving with a very loud muffler in Denpasar.

21-year old Ahmad Shidik Pratama and 29-year-old Rahman Yanuar Risky were driving their motorcycle in Denpasar when three men allegedly stopped them and assaulted them because of the loud exhaust.

One of the victims was rushed to hospital after suffering severe facial lacerations and bruising.

The three perpatrators were allegedly under the influence on Sunday morning when the assault took place.

The assailants were all arrested in their homes on Monday. 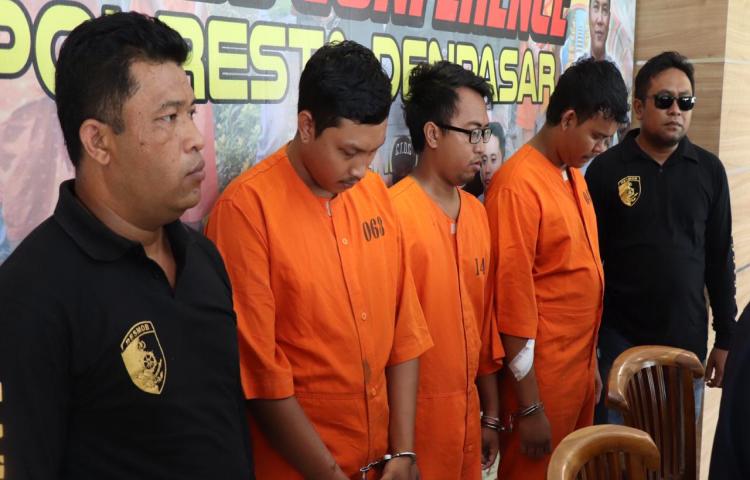 The incident took place when the three perpatrators allegedly chased the victims and kicking them off their bike.

“The victim Ahmad was then punched and kicked in the face. As a result the victim was lying flat and left just like that. One of his friends was okay and took him to the hospital,” said Denpasar Police Chief, Wayan Jiartana.

The three perpatrators are now facing up to 5 years in prison.