Two German nationals have been evacuated after getting swept into the sea on Sunday afternoon (3/10).

Officials from Badung Balawista, Wayan Suyadnya confirmed that two German nationals who have been identified as a 33-year-old woman named Alexia and 33-year-old man named Dominic were evacuated from Pererenan Beach after getting swept away by large waves while swimming, causing them to lose their ability to swim back to the shore due.

“According to information from a witness, the incident occurred around 4:20pm when the large waves suddenly struck, causing both victims to get dragged into the sea as they seemed unaware of the danger.” Suyadnya said on Sunday.

Several beach visitors who saw the incident immediately shouted to the officials for help. Fortunately, several officials from the Badung Balawista at the location immediately jumped into the sea and evacuated them using a rescue board. “Three of our units who were on standby managed to evacuate both victims, despite the strong current and large waves at that time.” Suyadnya added.

Both victims were rushed to the hospital to receive proper medical attention as they were already exhausted and almost lost consciousness.
“Both victims who have been staying in Ubud were rushed to Canggu Medical in order to receive medical support as they were too weak to drive home by themselves.” Suyadnya concluded. He also warned people to be more aware of the dangers when visiting the beach as the situation might change in seconds without warning. 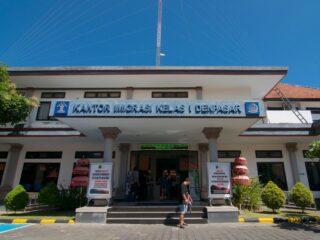 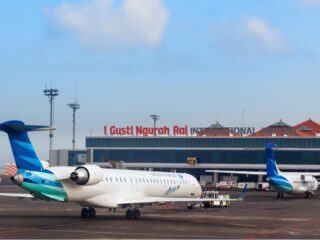 Next
Bali Will Officially Open For International Tourism By October 14th 2021
Click here to cancel reply.

“Seemingly unaware of the danger”? I guess they spell ‘Monsoon’ with a ‘ Duhhhhh ‘ in Germany.

Now I get it ...they were rescued