A restaurant called Orbit Bali Eat and Dance has been closed down by local authorities for hosting a party during the emergency partial lockdown in Bali.

The Head of the Badung Police Department, AKBP Roby Septiadi confirmed that a  restaurant that is located on Jalan Petitenget Number 7A, North Kuta was sanctioned for hosting a private party on Sunday (11/7). “We decided to close the restaurant for hosting a party without permission, especially during the current emergency partial lockdown.” AKBP Roby said on Sunday.

An investigation regarding this event started when authorities spotted an invitation that was published through social media. A private room was prepared by the restaurant inside their property to host the guests. When the authorities came to the location, the management of the restaurant attempted to deny the fact that they had been receiving guests to attend the party in their restaurant. The authorities decided to inspect the restaurant around 5:10pm. “During our inspection, we found 11 people inside one of their rooms.” AKBP Roby added.

Meanwhile the Head of the Badung Civil Service Officer, Suryanegara confirmed that according to the footage from their CCTV cameras, the guests had started arriving around 4:30pm. Apart from the operational closure until the emergency partial lockdown ends on July 20th 2021, both the restaurant and guests were sanctioned for violating the policy. “The restaurant was sanctioned with a USD 70 (IDR 1 million) fine and there was  a USD 7 (IDR 100,000) fine for each guest.” Suryanegara concluded. 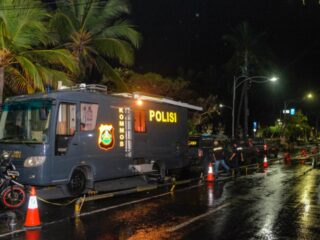 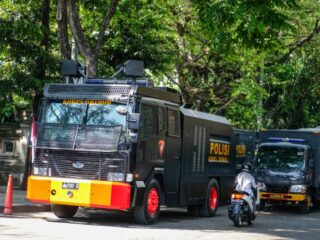 Next
Bali Police Concerned That Crime Rates Might Surge As Government Decided To Turn Off Public Street Lights At Night
Click here to cancel reply.

Apparently there were locals who broke the law otherwise the story would have continued on to the immigration office. Chuckles...

if it is true that ppkm means the abbreviation for "pelan pelan kita mati", it would actually be ok not to rob people of their remaining time to celebrate their farewells through police checks