36 officials from Kuta village were on standby along Kuta Beach to prevent hotel guests from visiting the beach during the Nyepi Day of Silence celebration. The Nyepi Day is a holiday in the Hindu tradition in which people take the day to meditate and refrain from external activities.

The Head of Kuta Beach Operation Unit IV, I Made Oka Adnyana said that officials were deployed to assure that everybody stays inside their homes and hotels.

“The team was divided into three different shifts to patrol the area using bicycles around Kuta village and keep the tourists from getting out of their hotels,” Adnyana said on Sunday (14/3).

He explained that based on his experience patrolling during the Day of Silence celebration last year, several tourists left their hotel to go to the beach.

“Some of them might not know about these traditions and rules, and they insisted on going to the beach. So it would be our duty to inform and educate those tourists to comply with the rules,” Adnyana added.

Additionally, he said that Kuta Beach was packed with tourists on Thursday (11/3) and the number of visitors significantly increased than in previous days.

Adnyana also reminds people to comply with the rules as a form of respect with the Hindu people who celebrate the Day of Silence by avoiding things such as lighting up fires, going outside, entertainment, and working during the celebration. 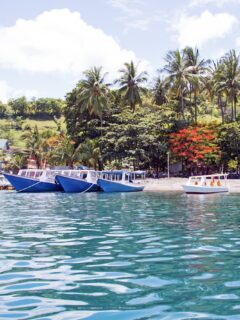 Next
Tourism Minister Expects Half Of Bali Population Vaccinated By July
Click here to cancel reply.

These people breaking the rules are entitled to receive a small fine so that they understand the places they stay throughout the world have different religious day and to respect them.... I am an expat and didn't leave our house all day... I am getting sick of hearing about the lack of respect from those stuck here...