Authorities from the Klungkung Covid-19 Handling Task Force have decided to release 3 offenders without fines.

During an operation that was conducted by authorities from the Klungkung Covid-19 Handling Task Force on Wednesday (8/9) in front of the Banjarakan Sub-District Office, officers from the Public Civil Service decided to let go several Covid-19 prevention protocol offenders without any fines after considering the current financial struggle that most people are facing in Klungkung since the pandemic struck in 2020.

The Head of the Public Civil Service, Putu Suarta confirmed that 3 people were detained for not wearing face masks during his operation on Wednesday. “The offenders admitted that they were not carrying their face mask because they were still in their neighborhood, while wearing a face mask is mandated by the government to prevent Covid-19 transmissions.” Suarta said on Wednesday.

Despite violating the government’s instruction, the man who also serves at the Fire Department decided to avoid fines as punishment to the offenders. “Instead of punishing them with fines, we only asked them to sign a letter stating that they will not violate the policy in the future, because we also understand that most people are financially struggling at the moment.” Suarta added.  However, Suarta still reminds and encourages the community to always comply with the prevention protocols in order to prevent more Covid transmissions. 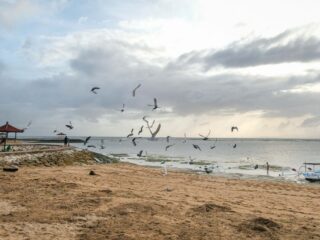 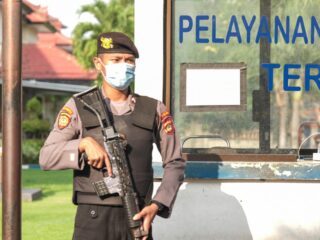 Signing a statement not to violate mask policy in the future is counterproductive. It's pointless as people just don't get it that wearing a mask can reduce the spread of transmission.

Perhaps they can also do some public work where they can get also meals during the work.