A 44-year-old woman named Hamidah from Bondowoso, East Java has passed away after being hit by a motorbike on Jalan Bypass Ngurah Rai, Kuta.

The Head of Denpasar Traffic Officer, Iptu Ni Luh Tiviasih said that the incident occurred on Monday afternoon (12/4) in front of Mall Bali Galeria (MBG). “The incident occurred when a motorbike rider named Agus Komang was asked by Hamidah to pull over the vehicle as she wanted to put on her mask, but suddenly, another motorbike driven by Samni crashed their vehicle” Iptu Tiviasih said on Tuesday (13/4).

Hamidah’s body was taken to Sanglah Public Hospital for further investigation by the police. “The body of Hamidah was sent to hospital for further investigation regarding the incident, and both of the riders were still under our surveillance to collect more information from them” Tiviasih concluded. Samsi was also rushed to the hospital to get medical attention for his injury. 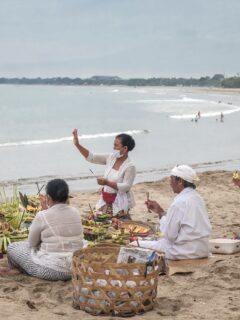 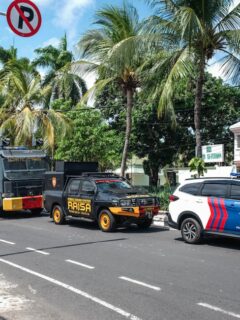