Mother Arrested For Stealing Gas Cans To Feed Her Children

A 32-year-old woman named Diah Ratih Suprapti has been arrested by Bali officials for stealing gas cans from several different restaurants in Jimbaran.

The Head of the Kuta Police Department, Kompol Nyoman Gatra confirmed that the suspect who has been living in Kuta was arrested on Thursday morning (29/4) around 6:30am. “The suspect was arrested by the village officials when she attempted to steal several gas cans from one of the restaurants before the officers arrived.” Kompol Gatra said.

During the interrogation, the suspect admitted that she has stolen 17 times from 14 different places in order to feed her four children. “The suspect attempted to steal 6 gas cans that weighed 12 kg each from the storage of Merlin Cafe Restaurant that is located on Jalan Pantai Kedonganan that morning using a motorbike.” Kompol Gatra added. Once Diah was arrested, the officers began to search her house to collect more evidence.

As a result, the officers found a total of 46 3kg gas cans and 6 12kg gas cans from her house in Kuta. The suspect has stolen gas cans from several restaurants such as Warung Sri Rahayu, Blue Marlin Cafe and Lalapan Sambel Ijo Restaurants. “She has been doing this since January 2021, targeting restaurants and boarding houses in 14 different locations. And she usually begins her operation early in the morning.” Kompol Gatra concluded. The suspect is now being detained at the Kuta Police Department. 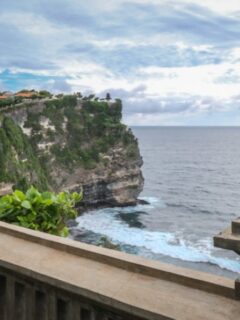 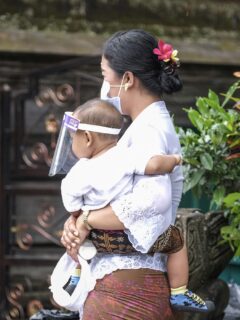 Outrageous. Stealing gas and feeding it to your children. They must be sick.

@Bunga, what... She is stealing gas cans to make money so she can feed her children. It's not about feeding her children with gas. Come on...

Community should help her immediately to feed her children. Social help is immediately needed for her.