A 24-year-old man named Imam Fadli has been found unconscious in Denpasar after fainting due to exhaustion from walking a long distance.

One of the staff members from the Denpasar Disaster Management Agency (BPBD), Made Sanjaya confirmed that he received a report from a police officer named Bagus that a man who was originally from Labuan Batu, North Sumatera has lost consciousness on Jalan Diponegoro Dauh Puri, West Denpasar on Saturday afternoon (15/5).

“After receiving that report, we immediately went to the location to evacuate the man with an ambulance. When we spoke with him, Fadli admitted to us that he hadn’t eaten since the day before.” Sanjaya said. Fadli told the officials that he planned to go to Jember, East Java by foot from Padangbai Port, because he was just laid-off from his work as a security guard in Lombok, West Nusa Tenggara.

“He explained to us that he was just laid-off from his work place in Lombok, so he tried to get to his relatives house in Java by foot to find help and that he had no cash left with him to get himself any transportation. Fadli has been walking from Lombok since the 27th of April 2021.” Sanjaya added. Officials from BPBD decided to coordinate with the police and provide him transportation through Gilimanuk Port to Jember, East Java despite the current travel ban that is still implemented in order to help this man. 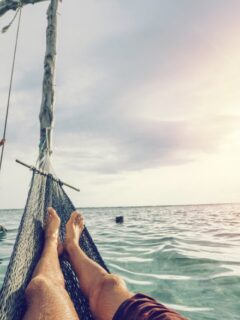 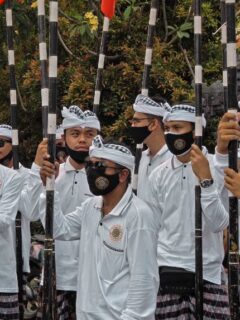 This person should have been awarded the athlete's award of the year. Walking from nearby Lombok and across to Bali must have been quite a determination. Looking back what he has accomplished and even rescued safely that must have been a bittersweet moment for him.