Arriving at Pulisan Beach, on the eastern tip of North Sulawesi, the sand is white and the water is warm.

It is a picturesque cove, home to coral reefs and tropical fish.

Malcolm Barnes’s family has been guiding tourists around this part of the world for almost two decades.

“It gives me pleasure showing people around my home, showing them the nature, its culture, its people,” he says.

Pulisan Beach is in Likupang, North Sulawesi and it could be transformed into the next big tourist mecca.

Likupang is one of five new economic zones the Indonesian Government is developing alongside its plan to create 10 “new Balis,” according to ABC.net.au

“They welcome visitors, always smile. When all stakeholders work hard together, we can even beat Bali.”

Each year Bali attracts more than five million international visitors, a fifth of them from Australia.

In 2018 more than 100,000 foreign tourists visited North Sulawesi but local authorities want to boost that number to half a million next year.

Big efforts are being made to attract Chinese tourists in particular. 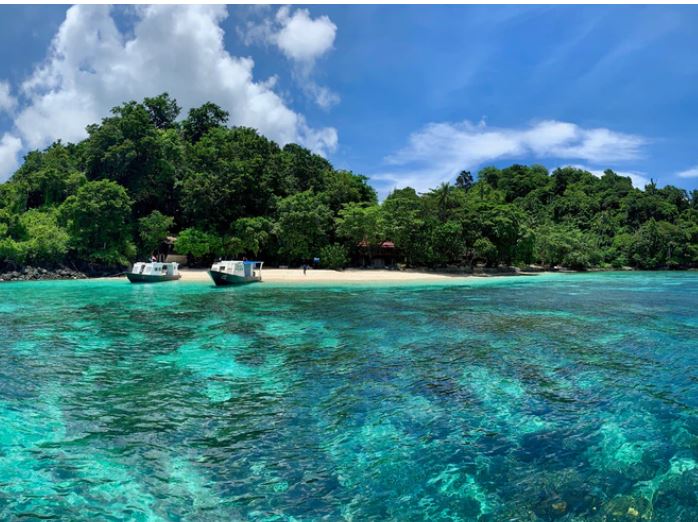 North Sulawesi’s population is largely Christian, which the Governor sees as a selling point in a Muslim-majority country.

On a superficial level it means alcohol and pork, a favourite Chinese ingredient, are more easily accessible than in other parts of Indonesia.

In fact, with almost no one in the water, there’s a sense tourists are bused to the beach for a selfie and bused back to town not long after.

The Indonesian Government is building new roads around Likupang and planning a new airport.

“What I really worry about is overcrowding. [In Bali] there’s so much trash that can’t be managed,” he said.

“We are preparing regional solid waste management centre and tourism office who will maintain the sustainability aspects of tourism,” he says.

Indonesia focuses on 10 most idyllic locations

Dewandra Gautama and his wife Isdina are tourists from the Indonesian city of Bogor, in Java.

They have visited both Likupang and Bali, but prefer the up-and-coming destination.

“This place is better than Bali, cleaner, more beautiful and a good tourist destination for the future,” Mr Guatama says.

Mandalika on the Island of Lombok is another of the five new economic zones Indonesia is developing.

While Lake Toba in North Sumatra is a mountainous area home to hot springs and waterfalls.

The Borobudur Temple Compound in Central Java is also being promoted.

As is Labuan Bajo, home of the Komodo Dragon.

The plan to turn Likupang into Indonesia’s next tourist mecca is due next year.

But with the level of infrastructure there now, would-be tourists can rest easy in the knowledge they have got a few more years if they want to beat the crowds.

Source: ABC.net.au by Eliza B