Foreign National Stuck At Sea After Running Out Of Fuel

A 23-year-old man named Agie from the Philippines has been rescued from the Nusa Penida coastal area by Bali authorities after being stuck for hours on his jet ski.

The Head of the Denpasar Search and Rescue (SAR) Team, Gede Darmada confirmed that the foreign national was stuck on his jet ski along with his tour guide on Wednesday afternoon (28/4). The incident occured when Agie hired a jetski to enjoy the sea on the west side of Nusa Penida on Wednesday afternoon at around 5:00pm, without knowing that he was almost out of fuel.

“After several minutes of waiting, Agie’s tour guide named Stephanus (aged 26) from Banjar Buyuk, Nusa Penida began to feel suspicious as Agie hadn’t appeared at the shore, so he decided to look for him with another jetski. But unfortunately Stephanus didn’t realize that his jet ski was also running out of fuel.” Darmada said. Darmada explained that he received a report regarding the incident from Stephanus’ family around 7:10pm as they became worried when Stephanus was missing.

Shortly after, Darmada deployed 2 Rigid Inflatable Boats (RIB) to begin their search that evening, while Stephanus’s family hired 3 more boats to help them find him. “The current was pretty strong during the search, but we finally found both of them around 9:05pm and evacuated them to Benoa Port.” Darmada concluded. After a few hours of searching, they finally managed to reach Benoa Port at 11:30pm along with Agie and Stephanus. 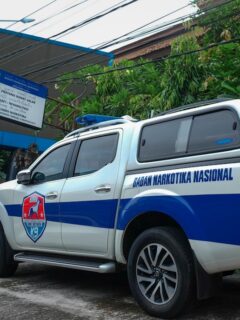 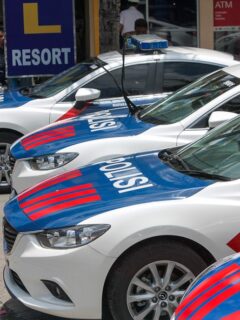 Happening to me too once in Pattaya, Thailand, wasn't good feeling at all.